Caltrans has begun a pilot program to accept contractor bids through an online electronic bidding (e-bid) system, which reduces project costs and expedites the bidding process.

Previously, contractor bids had to be physically delivered to Caltrans district offices across California, depending on where the job was to be built. But with the new pilot program, bids on all contracts can also be submitted online at www.bidx.com. At present, departments of transportation in 37 states accept bids via the site.

For contractors, e-bid greatly simplifies bidding on Caltrans projects. More than 600 project contracts are awarded annually, with as many as 5,000 total bids submitted. What used to be done by dispatching a person with the actual paperwork, known as a “bid runner,” to a local Caltrans office can now be done online instead.

“It will save considerable time and money for contractors involved in the bidding process,” said Sam Hassoun, Director, Joint Engineering Division of Associated General Contractors of America. “Subcontractors often wait until the last minute to finalize what they will charge, and it can make it extremely challenging for us to put those final numbers together in a bid in-hand to be delivered on a tight deadline. E-bid eliminates the stress of that.”

Caltrans expects a gradual transition over from the existing system to the E-bid pilot program, with both methods of bid submittal available as contractors decide which works best for them.

In recent months, Caltrans has trained approximately 100 contractors across the state on how to use the www.bidx.com interface to submit electronic bids as it transitions to an all-electronic bidding system. 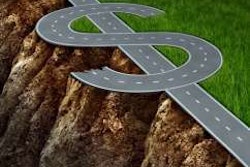 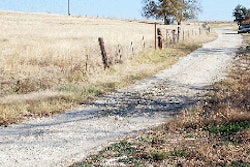