At the National Asphalt Pavement Association (NAPA) Mid-Year Meeting in Nashville last month, Walter “Butch” Waidelich Jr., associate administrator for infrastructure at the Federal Highway Administration (FHWA), told attendees the Generating Renewal, Opportunity and Work with Accelerated Mobility (GROW America) surface transportation reauthorization proposal is progress because it recommended a package with a 37-percent increase from the MAP-21 surface transportation bill. The proposal would authorize $302 billion for FY 2015-2018. Waidelich says it sends the message that state funding isn’t enough – that “infrastructure is important and is the backbone of our economy.”

It is. It’s what keeps the nation going. Just as the Highway Trust Fund (HTF) was about to become insolvent, Congress passed legislation to patch the Highway Trust Fund (HTF), H.R. 5021. It will keep federal surface transportation programs operating through May 2015. But it’s just another patch – a Band-Aid. This has been the problem with each iteration of a transportation bill. Sure, it’s encouraging that the latest proposal is a significant increase from the previous bills but encouragement isn’t going to help us move ahead.

While we can all breathe a little easier knowing that we will at least stay afloat through part of next year, Associated Equipment Distributors (AED) President & CEO Brian McGuire put it well: “While we’re relieved that H.R. 5021 is on its way to the president’s desk, this isn’t a moment to celebrate,” McGuire said. “By waiting until the last minute to solve a problem we’ve known for years was coming, Congress brought the highway program and the construction industry to the brink of disaster.

Now, it’s “incumbent on Congress,” says American Road & Transportation Builders Association (ARTBA) President and CEO Pete Ruane, to put its full focus “on the end zone enacting a long-term sustainable revenue solution for the Highway Trust Fund before the end of this year. If Congress chooses to wait until next May, when the funding patch is set to expire, we’ll be no further ahead than we are now.

“We’ll no doubt see a repeat of this same process next spring with yet another package of budget gimmicks while the 2015 construction season hangs in the balance,” Ruane says.

It’s time to break the cycle. Just as a person facing an addiction or dealing with a long family history of crime or violence needs to get out and break the cycle of behavior, so does Congress. It needs to break the cycle of just patching the problem. I’m a mom. I put Band-Aids on my kids all the time. It gives my kids an instant sense of relief. But I also know that I need to make sure a nasty cut or scrape isn’t going to get infected. I have to treat it. If I don’t, that Band-Aid will eventually fall off and I may be left with a scrape or cut that’s infected and could pose health issues.

Let’s not let the backbone of our nation become that cut that is patched on the surface but has a raging infection underneath. It’s time to stop the cycle. 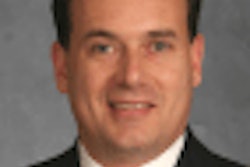 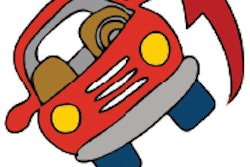