Speculation about autonomous — or “driverless” — vehicles has been commonplace in the trucking industry for years. Now, Daimler has made this concept a reality.

At a July 3 global press conference and demonstration in Magdeburg, Germany, Daimler is hosting its “Shaping Future Transportation 2014″ conference. And the decided star of the show is an actual, fully-functioning autonomous truck operating at real-world speeds on a special section of the Autobahn outside of Magdeburg. Daimler said the autonomous truck could be ready for real-world deployment by 2025.

Daimler is quick to point out that these new “truck autopilot” systems do not diminish or eliminate the role of the truck driver, but rather turn him or her from a “trucker” to a “transport manager.” Daimler claims its new system, once fully fleshed out and in real-world use, will offer drivers an “attractive mobile workplace offering scope for new professional skills.”

Flowery language aside, Daimler notes that the system is not a new truck or even a new product, but instead a revolutionary shift in the way the transport system of the future will develop. According to Daimler Trucks’ global head Wolfgang Bernhard, the new system will offer the highest possible level of traffic safety while conserving resources, reducing emissions and eliminating physical and mental stress commonly experienced by drivers in tough road and traffic conditions.

In its current configuration, Highway Pilot communicates with both its environment, surrounding vehicles while driving autonomously. A driver remains at the control — much like an airline pilot while an aircraft is on autopilot — to take over whenever necessary. According to Dr. Uwe Clausen, the system is designed to take over and allow the driver to rest and monitor vehicle performance in particularly stressful or boring situations, such has heavily congested traffic or long interstate stretches where little driver input is required.

Moreover, Clausen says Highway Pilot is the centerpiece of a whole new concept in freight logistics, as the system serves as the meeting point and optimization center for a host of transportation demands. This is a fancy way of saying the system collects and analyzes data in the overall context of the logistics train and transport system. It processes data ranging from weather, road conditions, vehicle speed and traffic congestion while navigating, communicating with the shipper, the fleet and other vehicles around the truck and actively interacting with cars and trucks it shares the road with. The result, Clausen says, “will be freight efficiency levels which would have seemed virtually impossible only a few years ago.”

How the system works

Daimler says today’s look at this futuristic concept truck is an early one and estimates that the system may not be ready for full, real-world, deployment until 2025 or so. But a few details have been unveiled.

The truck, a specially-equipped Mercedes Actros tractor-trailer, is fitted with front-facing radar sensors and cameras to scan the road ahead. Both systems are tied into a Lane Keeping Assist system. Additional sensors track areas to the sides and rear of the truck to provide the system with a complete view of the vehicle’s surroundings.

Daimler says the new sensors are so precise they can not only recognize the road edge by marker lines, but even identify the course of the road surface by detecting guardrails or vegetation.

A vehicle-to-vehicle communication system transmits continuous telemetry to other cars and trucks on the road while receiving and processing their information in return. Even if another vehicle does not have a communication system, Highway Pilot tracks and monitors it as well.

The range of the communication system is about 500 meters. Since all the vehicles are speaking to each other, they can respond simultaneously to any threats — from something as commonplace as another car merging onto the highway or a traffic jam up ahead or something more serious such as debris in the road or an accident.

Additionally, Highway Pilot allows a truck to talk to the infrastructure itself. Traffic control centers monitor the flow of vehicles and can proactively adjust traffic signals to optimize vehicle flow and reduce congestion or even open up additional lanes. In total both the truck and the driver are alerted to road conditions outside the line of sight and able to prepare for them in advance before they become a problem.

Once Highway Pilot is activated, the truck driver is able to rotate his seat 45 degrees to the passenger side of the vehicle to a working position or recline into a rest position. The driver can then use a tablet computer to work on other tasks or communicate with the outside world.

The benefits of Highway Pilot, according to Daimler, are significant. Today’s event in Magdeburg, Germany, is simply a demonstration of the feasibility of the concept and the technology. Daimler cautions that much work remains to be done on the legal, infrastructure and technology fronts before a system like Highway Pilot can enter real-world use. 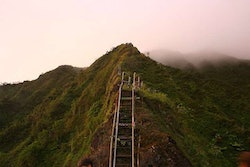 America’s most illegal hike: A Hawaiian ladder with nearly 4,000 steps 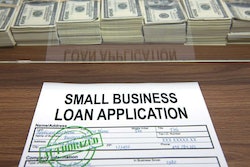 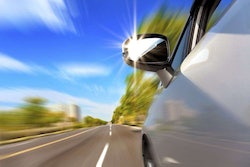