The Illinois Tollway is looking to award 19 contracts worth about $100 million to provide design, construction management, geotechnical and materials engineering services for the agency’s 15-year, $12 billion capital program Move Illinois: The Illinois Tollway Driving the Future, the agency announced.

Lafleur also notes that the infrastructure program will create thousands of jobs, through which it will employ more than 530 companies. In addition, she says Move Illinois “will bring regional transportation benefits including the Elgin O’Hare Western Access (EOWA) Project and a new, state-of-the-art I-90 corridor.”

Contracts being put out to bid include the following:

Firms interested in submitting a proposal should go to the “Doing Business” section at illinoistollway.com for more information. Submissions are due July 3, with contracts expected to be awarded by the Illinois Tollway Board of Directors this December, according to the Illinois Tollway.

The agency says work is expected to begin in Spring 2015.

How the contracts are awarded:

Executives from the Department of Engineering then review the scoring, as well as each firm’s capacity, and identify the top recommended firms per project.

To complete the review, a committee of Tollway professionals and independent engineering officials considers the top recommended firms and finalizes the top three firms in ranked order. The Tollway then seeks to negotiate a final contract price with the top-ranked firm. 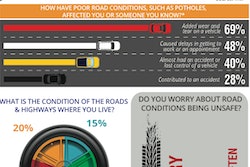 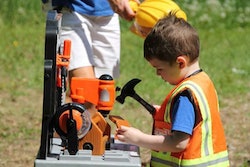