Behind the design of Colombia’s first four-lane road

Mario Huertas Corporation won a $400 million, five-year highway contract to design and build this major part of the country’s infrastructure.

With a $20 billion strategy geared toward revamping Colombia’s limited transport infrastructure, the country is tackling a number of ambitious projects that will create an updated infrastructure capable of meeting Colombia’s growing needs for travel and trade.

The promise of infrastructure funding is good news for the country’s top contractors, including Mario Huertas Corporation (MHC), which has been a key player in the development of Colombia’s infrastructure since the 1920s. Today, the Bogota-based company ranks as one of the Top 5 Colombian highway contractors and has landed a number of high-profile projects and awards, including a $400 million, five-year highway contract in Bucaramanga, Colombia.

MHC’s roots trace back to 1920 when the company was founded by owner Mario Huertas’s great uncle. At the time, it worked exclusively in the ports on the Magdalena River, the principal river of Colombia that flows north through the western half of the country. Years later, Huertas’s father started his own company, expanding the family business into other construction and infrastructure-related activities including roads, bridges, viaducts and residential building at the district, state and national level.

Now, for the past 39 years, Huertas has been leading the company and works with his son, 28-year-old Esteban, who represents the fourth generation in the family business. With more than 900 employees and $600 million in contracts, MHC is well established as a progressive pioneer in the industry accustomed to conquering massive civil engineering projects in challenging conditions.

The company has earned recognition with the prestigious National Engineering Prize for its work on the Sesquile Dam and currently has two contracts with INVIAS (National Highway Institute).

“Mario Huertas Corporation is not just a large company in Colombia, but it is truly an engineering company,” says Hugo Diaz, sales representative for Rodríguez y Loñdono, a KPI-JCI and Astec Mobile Screens authorized dealer in Colombia. “It is recognized for its quality and innovation. Mario Huertas is a person who is always thinking about the technology and equipment, on how to improve processes by automating them and is always updated with what is going on in the world in order to apply it to Colombia.

“He is absolutely a pioneer in this industry,” Diaz adds.

Developing infrastructure in a country riddled with mountains and jungles is no easy feat. When Huertas won the bid out of 22 other contractors to construct an 87-mile, four-lane highway across the Andes Mountains between Bucaramanga and Cúcuta, the company was tasked with the mammoth challenge of designing and building the country’s first four-lane road – as well as all of the bridges and tunnels – located in a mountain range.

“It is a difficult task given its components, such as colluviums, clay, sandstones and also parts with veins of limestone,” Huertas says. “This combination requires that the work is thoroughly planned, not only in order to use the aggregates, but also for the stability of the slopes.”

The new highway, slated to be complete in 2015, will be a much-needed channel that links Colombia to Venezuela. The project’s difficulty lies not only in finding usable material in a close proximity to build the road, but also in overcoming the country’s demanding topography. The current road between Bucaramanga and Cúcuta is narrow and steep, with altitudes ranging from 2,952 feet above sea level up to 11,811 feet. The new highway’s design levels out the road to a maximum 7.5-percent incline – down from a high of 18 percent. Once complete, vehicles will be able to go as fast as 50 miles per hour, reducing travel time from Bucaramanga to Cúcuta from six hours to 2-1/2 hours.

All of this had to be accomplished without interrupting the flow of traffic of vehicles traveling from Bucaramanga to Cúcuta, and at the same time, maintaining the integrity of the natural landscape.

“Our work has been exemplary both from an environmental point of view and regarding the handling of the resources of a public works project,” Huertas says. “The entire responsibility falls to us to take care of the fauna and flora of these mountains, and we must recover many areas with native species. Therefore, it is a much more comprehensive construction than older projects or other projects in Colombia.”

The end result is a country that will have an updated infrastructure capable of meeting Colombia’s growing needs for travel and trade, says Dave McCracken, international sales director for Latin America and the Caribbean for KPI-JCI and Astec Mobile Screens.

“The construction of modern, multi-lane highways in Colombia’s mountainous and rugged terrain is making travel safer and faster for its citizens,” McCracken says. “On the commercial side, industrial goods for export will be done more efficiently and at a reduced cost as they move to Colombian ports.”

The complexity of the project required MHC to invest in high-quality mobile equipment that could classify aggregate without the use of water – which is limited in the region – as well as provide a high production rate, according to Huertas. But most importantly, he was seeking a relationship with a manufacturer and local dealer that would listen to his specific needs and provide a solution.

“Throughout this process, we expected to be guided and advised by the dealer and the manufacturer in terms of making improvements or adapting the machinery to our environment, which is different in each country, given the operation, geography and site location,” Huertas says. “KPI-JCI and Astec Mobile Screens, as well as Astec Inc., provided me with research and the opportunity to observe the equipment working in other countries, so as to unify criteria and optimize resources.

“What led us to purchase the equipment is the personalized relationship between the dealer, the factory and all of the engineers that act on a product,” he continues. “The quality of equipment is also crucial. According to our experience, it is not a good practice to try to sell a product only for the sake of the sale. It is important for the product not only to be able to produce aggregates, but also to allow the owner to have additional capacity in the future. It is critical that there is a long-term connection between the manufacturer, dealer and the producer.”

Obtaining the land to house the asphalt plant and aggregate processing equipment for this project was a major challenge, Huertas says.

The company ultimately selected a limestone quarry at Surata near Bucaramanga, which reduced travel and allowed all of the crushing and screening equipment to be located in the same place. Unlike many other quarries, every piece of material is used, eliminating waste from the company’s operation.

“We use any raw material that comes out of this quarry,” Huertas says. “Our materials are being completely used; the materials are clean, combined or reused, but there is no waste, because we have always believed that any material that is obtained or crushed must be placed in the place where it is required, either for making concrete, fillers, pavement structures, sub-bases or bases.”

According to Huertas, the success of the asphalt plant is directly linked to the success of the crushing and screening of the aggregate, making the selection of quality equipment prior to the start of the job one of the most crucial steps in the process.

“The GT165DF track-mounted screens make it possible to classify the raw aggregates and remove the fines, which can affect the crushing of the aggregates,” Huertas says. “This feature has greatly helped us be more effective and arrive at a much more real crushing tonnage, thus preventing the fines from wearing out parts or components of the machines used.”

The mobility of the track-mounted equipment also played a crucial role in this project, with the equipment’s portability giving versatility and efficiently to the project, Huertas says.

“Because the equipment is mounted on tracks, we were able to rapidly transport these machines during the processing of aggregates,” he says. “We could bring the machines directly to the aggregate deposits where the raw materials are being obtained so we could classify them, which saved us time and money.”

No room for error

Given the highly competitive construction market in Colombia and the tight margins for profit, Huertas says there is no room for error when it comes to investing in equipment.

This reality makes the customer-dealer partnership a vital aspect of the purchasing process.

“We cannot afford equipment with lower-than-expected performance or quality of the products,” he says. “It was important that we could visit the factories and have a dealer who was constantly available whenever there was a problem. Rodríguez y Loñdono’s methodology is to solve the problem, find an immediate solution for it and then start thinking about the causes. I think this methodology has tightened bonds and made KPI-JCI and Astec Mobile Screens’ products more and more popular within the Colombian market.” v

This article and photos were contributed by KPI-JCI and Astec Mobile Screens. For more photos of this project, see the gallery at betterroads.com. 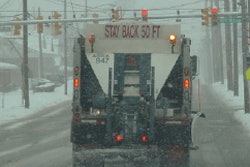 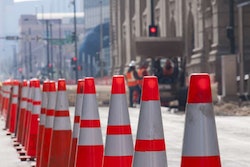 Did you participate in National Work Zone Awareness Week? 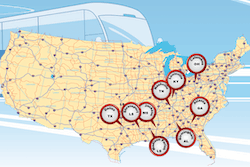