Tolling — particularly value-added tolling — would be a more beneficial transportation infrastructure funding option for highway users than an increase in the gas tax, according to a policy brief released Thursday by the Reason Foundation.

The report, “Value-Added Tolling: A Better Deal for America’s Highway Users,” suggests that all-electronic tolling (AET) is a cost-effective way to collect funds for road construction and maintenance, noting that the cost to collect tolls via AET — which was previously thought to cost more than gas tax collection — is nearly as low as the cost to collect fuel taxes.

However, according to Reason Foundation, there are four major concerns about tolling:

To address those concerns, Reason Foundation proposes the use of value-added tolling, which aims to create “a better deal” for highway users by only implementing tolling when and where it is needed and putting in place five guiding principles:

The report urges Congress to implement value-added tolling during reauthorization, suggesting that it be done by expanding the current pilot program from three states (Colorado, Texas and Florida) to all 50 states and from one Interstate per state to all Interstates in each state.

After the report’s release, International Bridge, Tunnel and Turnpike Association (IBTTA) President and CEO Patrick Jones said value-added tolling is “a sound basis” for rebuilding the Interstate highway system in the U.S.

“While not appropriate in every circumstance, [tolling] is one of the most effective and proven ways to finance the construction, operation and maintenance of heavily traveled road, bridge and tunnel infrastructure,” Jones said.

“In addition, with toll financing, people know where their money is going,” he added. “It goes to retire the toll road debt, support toll road operations, and pay for the vital maintenance needed to preserve the roadway.” 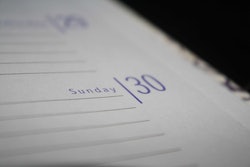 Educate Yourself! …And Your Elected Officials 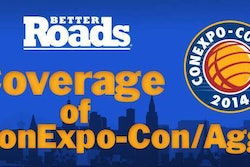