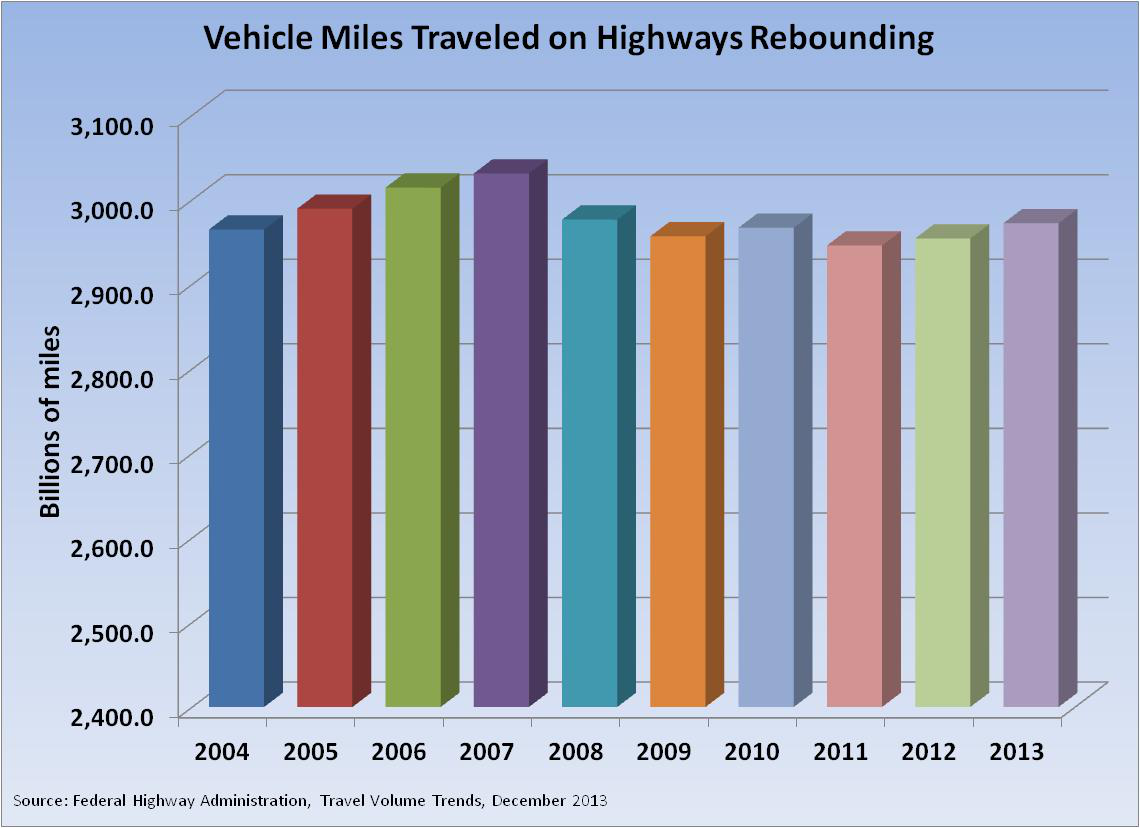 Vehicle miles traveled (VMTs) are on the rise, despite reports that American’s are driving less, according to a memo the American Road and Transportation Builders Association (ARTBA) released Friday.

ARTBA points to Federal Highway Administration (FHWA) data that show U.S. VMTs were up 0.3 percent in 2012 and 0.6 percent in 2013. The association notes that “the upward trend is anticipated to continue well into the future.”

ARTBA says the “factual disconnect” about VMTs “confuses discussions” about how to stabilize the Highway Trust Fund (HTF).

The U.S. began experiencing a drop in VMTs after the the economy plummeted in 2007, and ARTBA says a 4.7-percent fall in gross domestic product (GDP) and a 10-percent rise in unemployment led to the VMT decline.

ARTBA also says there was a 2.8-percent difference between when VMT peaked in 2007 and dropped to its lowest point in 2011, adding that VMTs have stayed about 2.95 trillion miles for the past 10 years.

The current rise in employment and decline in unemployment is continuing to improve VMTs, ARTBA notes, and on-highway VMTs were up by 26 billion miles between 2012 and 2013.

ARTBA says it expects VMTs to continue to grow because the economy is still recovering from the recession, the number of licensed drivers grows by two million each year (which would increase VMTs by about 25 billion miles each year) and truck freight is expected to grow to 18.8 million tons by 2040.