Deficient roads and bridges currently cost New Jersey drivers a total of $11.8 billion statewide annually, and nearly $2,000 per driver according to the newest TRIP report.

The TRIP report, “New Jersey Transportation by the Numbers: Meeting the State’s Need for Safe and Efficient Mobility,” discovered that throughout New Jersey, more than one-third of major roads and highways are in poor condition. And more than one-third of New Jersey’s bridges are structurally deficient or functionally obsolete. The state’s major urban roads are becoming increasingly congested, with drivers wasting significant amounts of time and fuel each year. And New Jersey’s rural roads have a fatality rate that is more than two-and-a-half times higher than on all other roads.

Driving on these deficient roads costs each New Jersey driver $1,951 per year in the form of extra vehicle operating costs (VOC) as a result of driving on roads in need of repair, lost time and fuel due to congestion-related delays, and the cost of traffic crashes in which roadway features likely were a contributing factor.

According to the report,a total of 35 percent of major roads in New Jersey are in poor condition, while an additional 41 percent are in mediocre or fair condition and the remaining 24 percent are in good condition. Driving on deteriorated roads costs the average New Jersey motorist an additional $605 each year in extra vehicle operating costs, including accelerated vehicle depreciation, additional repair costs, and increased fuel consumption and tire wear.

The report also found that 36 percent of New Jersey’s bridges show significant deterioration, and 10 percent of bridges are structurally deficient, with significant deterioration to the bridge deck, supports or other major components. An additional 26 percent of the state’s bridges are functionally obsolete, which means they no longer meet modern design standards, often because of narrow lanes, inadequate clearances or poor alignment

The state also suffers from traffic congestion that’s only getting worse. As it is, each driver spends $861 annually in lost time and wasted fuel.

“The TRIP report highlights the importance of adequately funding our transportation system in order to reduce the financial burden on motorists, while ensuring that New Jersey businesses have an efficient, reliable system to move people, goods and services,” said Philip Beachem, president of the New Jersey Alliance for Action, a non-partisan, non-profit infrastructure advocacy group.

As the case with transportation infrastructure around the country, conditions of roads are only expected to get worse if Congress doesn’t come up with a new long-term funding plan.

“These conditions are only going to get worse if greater funding is not made available at the local, state and federal levels,” said Will Wilkins, TRIP’s executive director. “Congress can help by approving a long-term federal surface transportation program that provides adequate funding levels, based on a reliable funding source. If not, New Jersey is going to see its future federal funding threatened, resulting in fewer road and bridge repair projects, loss of jobs, and a burden on the state’s economy.” 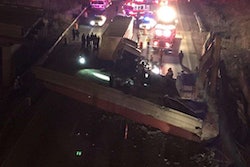 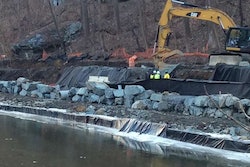