A construction worker was killed in an odd and tragic accident last week in Maryland when he was killed by a concrete lane barrier.

The unidentified worker was on a crew with Annapolis Junction-based contractor Corman Construction working “to stabilize a portion of Route 24 in Rocks State Park,” according to a report from The Dagger.

Harford County Volunteer Fire and EMS spokesman Rich Gardiner told the site that the man and another worker went into the base of a ravine at the site to retrieve some equipment around 1:30 p.m. Friday when a lane separator—also known as a jersey wall or jersey barrier—fell on top of him and killed him.

It’s unclear how the accident occurred. The other worker, however, did sustain non-life-threatening injuries from other falling debris so it’s possible the soil or surface beneath the barrier gave way from beneath it causing it to tumble into the ravine. In the image above, you can see a jersey barrier near another ledge.

Officials from Maryland Occupational Health and Safety and Health are investigating the accident. 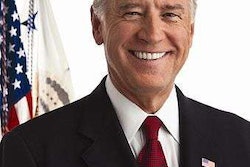