The Hitachi EX2500-6 ultra-large hydraulic excavator is heavier than its predecessor, has more engine horsepower, and the BE-backhoe version has increased bucket capacity. Estimated productivity increases are 13 percent for the short-reach BH backhoe, and 4 percent for the loader version. Loading time per truck has been lessened as well.

The bucket capacity for the EX2600-6 backhoe version has been increased from 19.6 cubic yards to 22.2 cubic yards. The reach of the backhoe front attachment has been shortened and the engine output boosted to achieve higher productivity with a cycle time equivalent to the -5 version.

Because the engine output has been boosted by 7 percent, the cooling performance of the radiator and oil cooler has been increased as well to protect the engine and hydraulic devices, thanks to the use of one large 60-inch fan instead of two smaller 44-inch ones. The hydraulic pump output has been increased by 10 percent, resulting in the higher flow rate at the same pressure. The hydraulic oil cooler has changed as well as the manufacture of the core, along with the type of core row and fin shape.

Although the Cummins engine model number remains the same, it is a different engine configuration to provide the increased horsepower. There is now a spin-on type filter for pilot system for easier serviceability. And mechanics will appreciate the addition of a new exterior walkway near the right rear and across the counterweight for easier access to key areas. 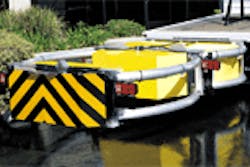 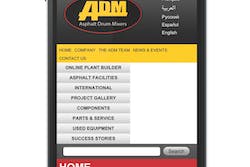 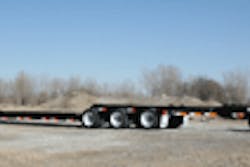