One of those teaser heads on an Internet news site in January relayed the wisdom of our times in a few pithy words: “It’s About Employment, Stupid.”

This play on the famous campaign manager’s admonition to then presidential candidate Bill Clinton led to a political column whose author pointed out that, having done its pro-forma vote on Obamacare, the Republican House needed to get busy on the most important issue to many voters: doing something to create jobs.

Republican rhetoric likes to posit that all we have to do to stimulate our economy is shut down our government. As successful as that posturing can be in an election, at least some of the party leaders know they have to do more to hold their gains.

You can help them.

The silver bullet for slaying the twin curse of overwhelming public debt and epidemic unemployment and underemployment is a deficit neutral program that creates non-government jobs for people doing important things.

An increased federal fuel tax and an expanded surface transportation program uniquely satisfy those requirements. Without influencing the federal deficit one way or another, we can put millions of construction workers back to work curing the ills of our highways and bridges, ills that made our peak economic growth years miserable with interminable traffic delays and bridges falling into rivers.

Republican Congressmen, of course, consider tax increases of any kind the work of the devil, which is why the only way this can happen is if owners and employees of construction firms devote serious efforts to educating their elected officials and their staff members.

Mixing infrastructure improvement, job creation, and deficit reduction in a fuel tax increase is a proposition that you can sell even to fiscal conservatives.

There are precedents to cite, starting with the example of President Ronald Reagan. The immensely popular father of modern conservatism inherited a bleak recession when he took the White House and while he was re-organizing the federal government he signed off on one of the biggest fuel tax increases in history. He persuaded people in simple terms: the work needed to be done, and it’s cheaper to repair what we have than to rebuild it when it fails.

The same wisdom applies today – as does the need for jobs.

Years later, another fuel tax increase was passed, with part of the new funds going to the Highway Trust Fund and the other part going to deficit reduction.

This is a great idea for our times. The country needs both things and, in the case of the deficit, cuts alone won’t solve the problem. The deficit reduction tax worked just fine. America got better roads and lower deficits and, despite the desperate hand-wringing that preceded the new tax, it caused zero pain in the economy.

Mixing infrastructure improvement, job creation, and deficit reduction in a fuel tax increase is a proposition that you can sell even to fiscal conservatives because they can sell it to their electorate. It’s not a burdensome tax – even trucking organizations and groups like the U.S. Chamber of Commerce favor a fuel tax increase. And the goals of lower deficits, more Americans working and better roads are three of the greatest virtues a politician can embrace in these hard times. 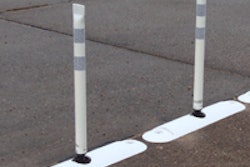 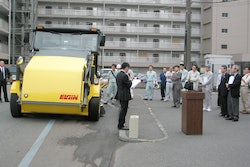