3 tips to get idle equipment ready to go

If your diesel engine has been idle for more than three months, you could be facing fungus. Bacterial and fungal growth can clog filters, pumps and fuel lines, and also produce organic acids that speed corrosion. Use a diesel fuel stabilizer or treatment that will circulate throughout the fuel system.

Start your engines – then allow them to run for at least 10 minutes. Performing this step on a monthly basis will keep the batteries charged and get the fluids flowing through the gears, preventing dry seals. Make a checklist of maintenance actions and assign to specific people. The list should include fluid and gauge checks, walk-around inspections and running the machines.

Retract each cylinder tightly to minimize exposure, and then shelter the machine. Use rust-preventive spray grease that offers at least six months of protection.

Remember, if your equipment has been idle for six months or longer, more extensive work will be required. You’ll need to perform analysis on all fluids – engine oil, fuel, coolant and hydraulic fluids – and carefully check grease fittings, tires and safety items.

22 Percent decline in construction employment since July 2008 – a total of 1.5-plus million jobs, according to the Associated General Contractors of America.

There’s an app for that

Volvo Rents has launched a free iPhone app for customers. The app, available in the iPhone app store, includes a GPS store finder, downloadable equipment brochures and an RSS feed, as well as equipment specs.

“We just can’t have these vocations positioned as some sort of consolation prize.”

– Mike Rowe, host of the Discovery Channel’s “Dirty Jobs,” on convincing young people that learning a trade is a successful alternative to college during a press conference announcing a partnership with Caterpillar to promote the industry.

“If there is truly such a thing as democratic transportation planning, then the Eastern American bison were probably the first – and last – practitioners.”

“Interstate 69: The Unfinished History of the Last Great American Highway.”

To expand the Equipment World experience, we are now using Microsoft Tag barcodes that enable you to use your smartphone to unlock access to additional articles, video and more. The service is free and works with Windows Mobile, Android, Blackberry and iPhone platforms. To download the app, enter http://www.gettag.mobi into your mobile browser and follow the instructions. To view the content, scan the tag. You’ll come across several smart tags in this issue, including the tag at left, which will take you to our current digital issue. 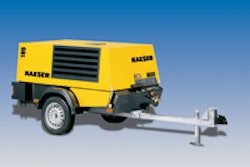 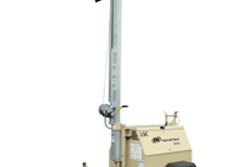 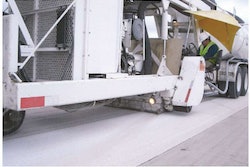