On this episode of The Dirt we're joined by a special guest who's ready to give us all the details on how Volvo CE is bringing electric construction equipment to market. Volvo Vice President Ray Gallant joins us to discuss two recently unveiled electric excavator prototypes, the challenges to building electric machines, and the benefits of the two electric machines Volvo is already selling here in the U.S.

In the realm of electric construction equipment, Volvo deserves more than a bit of credit. Over the last decade the company has been very forthcoming about the promise it sees in electric equipment—and not just from the standpoint of wanting to reduce emissions, but also in the leap in jobsite efficiency and production these machines would bring as well.

So, where is Volvo CE at on this electric journey? What does it take to bring battery-powered off-road equipment to market? And what should we know about the company's recently unveiled midsize electric excavators? Check out the episode to find out.

4:33 The Importance of Concept Machines to Volvo CE Development

6:49 The Electric Quarry Experiment with Skanska

14:50 How Big of a Battery Does a Midsize Excavator Need? Plus, Supply Side Challenges

21:08 Volvo Energy and the Advantage of Working With Volvo Trucks

45:16 Will Electric Machines Mean the End of Hydraulics?

49:56 What to Expect From Electric Machines In Charging and Real World Use 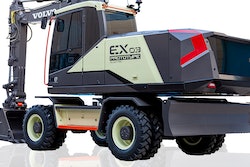 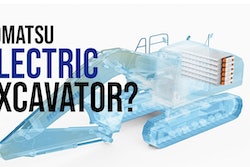 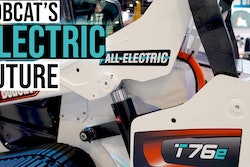