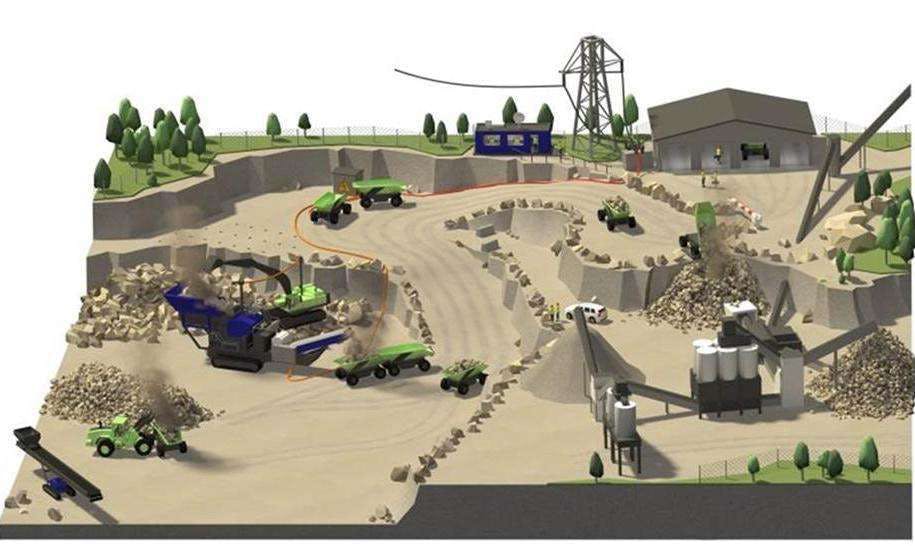 Overview of the Electric Site concept.

“This is the first time that anything like this has been attempted in the quarrying industry and, if successful, Electric Site could serve as a blueprint for transforming the efficiency, safety and environmental impact of quarries around the world,” said Gunnar Hagman, CEO of Skanska Sweden. 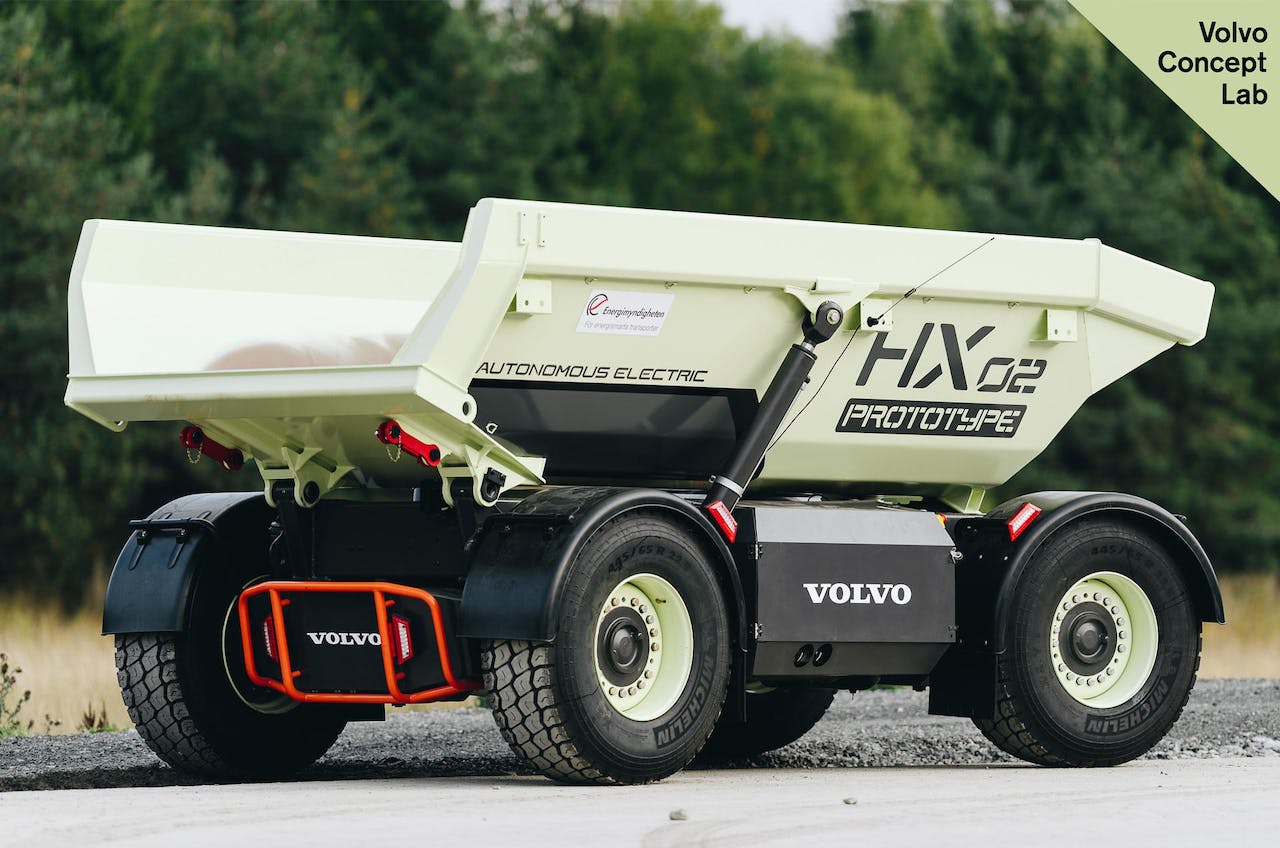 Upgrades on the HX2 prototype included shared components and technologies from Volvo Group.

Volvo CE first talked about the Electric Site project during its 2016 Xploration Forum, where it unveiled two key machines that will be used in the Electric site testing: The HX1 (now HX2) autonomous battery-electric carrier and the LX1 electric hybrid wheel loader.

With the HX2, Volvo says it moved beyond the HX1’s proof of concept and incorporated shared technologies and components from the Volvo Group, such as electric motors, batteries and power electronics.

“Integrating a completely new drivetrain was crucial to take full advantage of the groundbreaking electromobility developments that are happening inside the Volvo Group,” says Uwe Müller, chief project manager for Electric Site at Volvo CE. “Another new feature is the addition of a vision system, which allows the machine to detect humans and obstacles in its vicinity.”

The LX1 wheel loader, which has been tested in California at two Waste Management sites, can deliver up to a 50 percent improvement in fuel efficiency, says Volvo. The series hybrid incorporates a driveline that uses wheel-mounted electric drive motors, electric-driven hydraulics, an energy storage system and new machine architecture. In addition, the Volvo L150-sized LX1 uses a 3.6-liter engine, compared to the 13-liter engine used in a conventional L150.

The site will also use a 70-ton dual-powered, cable-connected EX1 excavator prototype, using a Volvo EC750 model as the base machine, upgraded to incorporate an electric motor. According to Müller, fitting in motor required “a significant amount of repackaging work,” although the machine’s controls remain the same. When connected to the electric cable, the machine will automatically start in electric mode; it will use the diesel engine otherwise. The static nature of the EX1 on site—where it only moves a few feet once or twice a day as it works through blasted rock—is ideal for the cable set up, Volvo says. 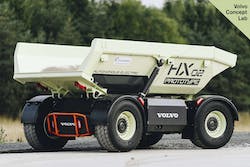 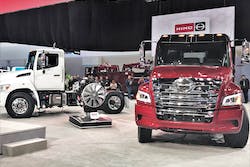 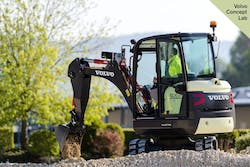 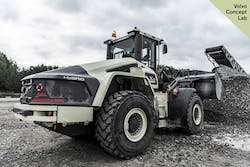