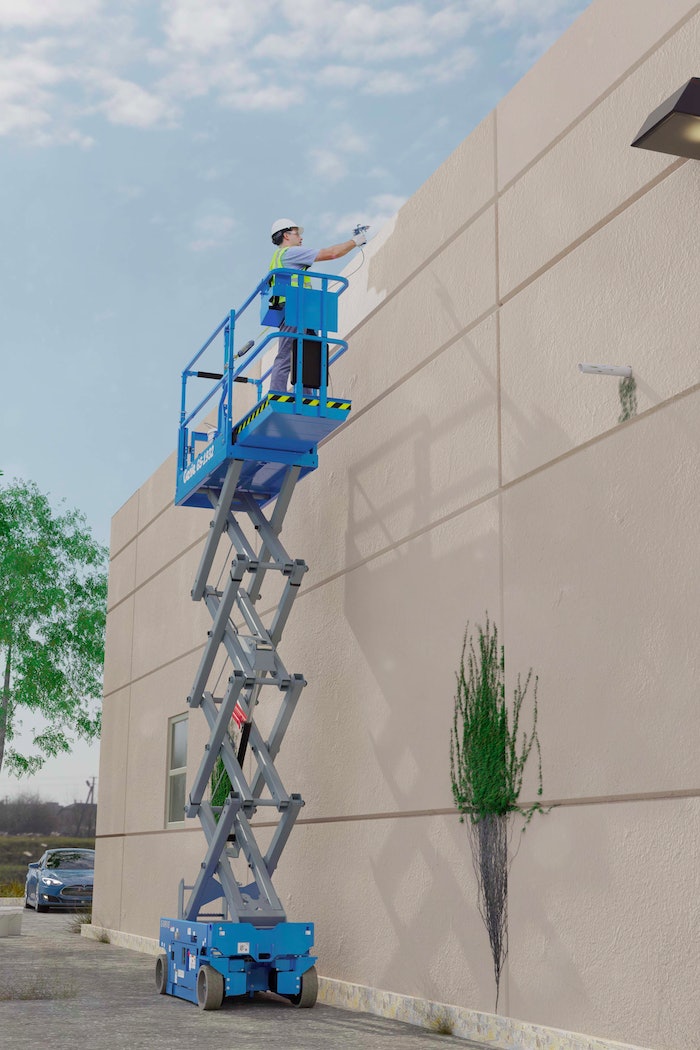 The new E-Drive is offered as an alternative to the scissors' hydraulic drive system. The company now provides an E-Drive and standard hydraulic version of its GS models. E-Drive is designed to increase battery runtime by 30% per charge and reduce maintenance costs over the hydraulic models.

Lifetime battery costs have been reduced 20% with E-Drive, Genie says. The E-Drive scissors also have 70% fewer hydraulic hoses and fittings to reduce the possibility of a hydraulic leak.

Genie says the E-Drive scissors deliver quiet, emissions-free operation. The electric motors are brushless and sealed to keep moisture out.

Other features on the E-Drive lineup include 25% gradeability, twice the tire depth as previous models and enough torque and traction for climbing dovetail ramps, even should one wheel slip, according to Genie. The company says E-Drive also greatly improved its largest scissors with the increase in gradeability and runtime. And it was able to reduce the width of its GS-4047 from 47 to 46 inches – so the company changed its name to the GS-4046.

With E-Drive, Genie was able to shave an inch off the width of its GS-4047 to 46 inches. So it changed the lift's name to the GS-4046.The E-Drive scissors also have a 14% breakover angle to prevent them from bottoming out at the top of a dovetail trailer ramp. That means no more winching or raising the ramp after partial loading, Genie says. For further ease of transport, the new scissors have side forklift pockets, along with standard rear pockets, for lifting on and off a transport vehicle.