Several factors will continue to contribute to sluggish growth throughout the next two years — the same factors that have been in play throughout the downturn. These include a residential market that still has too much inventory, and a foreclosure problem that is not going away. And don’t be mislead by year-over-year gains, since current spending is being compared with rates that were in historic depths.

The way will be paved by jobs creation, which some are forecasting at 3 million jobs this year, but which Sullivan expects to be half that, 1.5 million.

There is good news, however. Although the public, nonresidential and residential markets will all see small gains throughout 2012, watch out for 2013 and beyond. “Delayed demand only creates pent up demand,” said Sullivan. 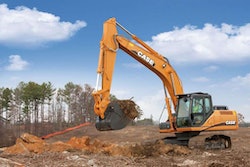