An Atlanta-based construction firm faces proposed fines of $33,259 after two of its employees died in a trench February 4 at a Miami highway construction site.

Abel Orlando Zuniga-Farjardo, 37, and Osman Adubin Montalvan-Ardon, 33, were removing a storm drain system in the center median of Interstate 95 north of 62nd Street when a concrete barrier that was not shored, braced or underpinned fell on them, according to OSHA and The Miami Herald. Their employer, Archer Western Construction, had also allowed them to work in an area that was not inspected for trenching hazards, OSHA said. Archer is a subsidiary of the Walsh Group.

“Trenching and excavation work is especially dangerous when appropriate protective systems are not used,” said OSHA Fort Lauderdale Area Office Director Condell Eastmond. “This tragedy could have been prevented if the employer had ensured that adjoining structures were shored, braced or underpinned to avoid a collapse.”

The OSHA citation report dated August 1 said Archer employees were exposed to struck-by and/or caught-between hazards when performing trenching work and had not been trained in how to identify such hazards. For this, OSHA cited Archer with a serious violation and a $7,391 fine. A serious violation is when an employer knows or should have known of the hazard and that it could cause injury or death.

The second violation, also deemed serious, was for allowing the employees to work in a trench beside and below a concrete barrier that was not shored, braced or underpinned. This citation comes with a $12,934 fine.

OSHA also cited the company for not having a competent person to inspect the trench before and during the employees’ working in it. This serious violation also comes with a $12,934 fine. 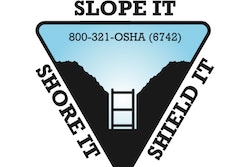 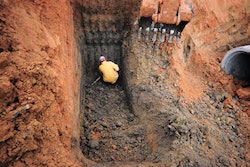