Three people a day don’t go home alive in the construction industry. Nine people a day lose their lives due to distracted driving. Why?

Speaking at the Association of Equipment Management Professionals annual conference in Las Vegas yesterday, Bennett said when it comes to safety, public enemy number one is cognitive bias.

Loosely defined cognitive bias is a set of attitudes and assumptions that accrue over time and cause people to be blind to new or contradictory information. If something has never been a problem people will assume it won’t ever be a problem. Until it is. And when it is, in construction, the results are almost always bad.

“The way we’re taught is that if nothing bad happens we don’t have to change,” Bennett says.

“What should keep you up at night?” Bennett asks. “The fact that you have employees today who are not following your own procedures because nothing ever bad happened.”

Related to cognitive bias are tacit approval and tacit praise. Tacit approval is when you walk past an unsafe act or situation and do not acknowledge it. Tacit praise is just as dangerous. This happens when managers praise a team for getting the job done without knowing if the team took shortcuts or unnecessary risks.  “You have to be engaged before you start handing out the attaboys,” says Bennett. “You have to know how they did it.”

Distractions are another source of danger, Bennett says. “Only two percent of the population is really capable of muti-tasking,” he says. “And many of those are Top Gun pilots.” The rest of us need to avoid those situations where our attention will be divided, such as driving while texting or talking on the phone.

External distractions are obvious. What’s not so obvious, but just as dangerous are the internal distractions that people bring with them to the job, ” he says. These include family problems, grudges or conflicts with other employees, a feeling that they’re not appreciated or listened to.

“You are only as good as the last player in your team, Bennett says. “Everybody has to be bought in.” And one guy who is denied time off for a family problem, or one guy who is told to shut up, these are the weak links in your safety program and because they’re angry or disturbed become a danger to themselves and others.

To address this, Cianbro requires stretching sessions first thing in the morning along with what Bennett calls a “stand and deliver session.” In these sessions you take time to look you coworkers in the eye and make sure they’re fit for duty. Stand and deliver means you share best practices, tips and ideas.

In one stand and deliver session he participated in, Bennett heard the story of a coworker who had known a young girl who was riding in the passenger seat of an SUV with her feet propped up on the dash. She was wearing a seat belt and since nothing bad had ever happened before when she had her feet propped up she assumed it was safe. The SUV hit a car in front of it, not very hard, just a fender bender, but the airbags deployed and folded the girl in half, snapping her spine and putting her in a wheelchair for life.

The story is a good example of cognitive bias and the importance of sharing stories and advice with coworkers, Bennett says.

Leaders educate and influence the team. They recognize positive behavior and reinforce it. They council and coach as necessary. and they set clear expectations, seek understanding, follow up with engagement. The also take the time to teach the how and why of safety.

For companies trying to improve their safety culture, Bennett suggests they start with small increments. Don’t overwhelm. One of the first steps is to ask people where do you want this culture to be. Define your expectations.

The later is the correct answer, Bennett. You have to have a company where people choose to be safe. You also have to have operational reliability: a belief that the systems policies and procedures have have in place if properly executed will keep you safe.

It starts with leaders but it must involve everybody. Everybody has to look out for everybody else, he says. 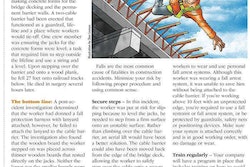 Disastrous Drops: Falls are the number one cause of death in construction accidents 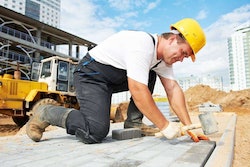 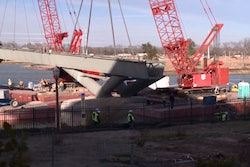