National Stone, Sand and Gravel Association (NSSGA) on Feb. 14 announced the Gold, Silver and Bronze winners of NSSGA’s Safety, Environmental and Community Relations Excellence Awards, in addition to the association’s top honor – The Stars of Excellence for operations that accumulate Gold Awards in Safety, Environmental or Community Relations during a five-year period.

The awards program recognizes aggregates operations throughout the United States and Canada for their extraordinary commitment to safety, for their superior performance as environmental stewards and for their community involvement and support activities that have enhanced the image of the aggregates industry during 2010-2011. The Stars of Excellence and all Gold Awards in each category will be presented at NSSGA’s 2012 Annual Convention in Charlotte at the Westin Charlotte hotel on March 12.

“We are so pleased to be able to recognize CalPortland’s Pioneer Aggregates with the National Stars of Excellence award, in addition to all our Gold Award winners,” said NSSGA President and CEO Joy Wilson in a press release. “Every day, our members continue to show their commitment to the industry and their communities in promoting safe working conditions, recognizing the importance of environmental stewardship and maintaining outstanding community relations.  These awards demonstrate their important contributions to a sustainable America.”

“Our winners  have every reason to be proud of their achievements,” said NSSGA Chairman of the Board Dave Thomey, executive vice president, Maryland Materials Inc., in a written statement. “I congratulate each of these operations for their commitment to outstanding corporate citizenship and support of their communities. They remind us of the important role the aggregates industry plays in ensuring a greater quality of life in America.”

NSSGA’s National Stars of Excellence program began in 2001 and is presented to those operations earning two or more of any of the following gold awards over a five-year period:

Safety Excellence, Environmental Excellence and Excellence in Community Relations. Each operation is awarded a number of stars corresponding to the number of gold awards won. A Three-Star Award winner is NSSGA’s Sustainability Award recipient – the highest award that can be achieved by an operation from the association.

The Sterling Safety Award was created in 1994 to recognize the companies that have the lowest total accident incidence rate for the previous year in their category among NSSGA member companies. The Safety Excellence Program was created in 1987 to promote safe working conditions and practices and to recognize, on an annual basis, individual operations with exemplary safety records among NSSGA member companies.

The Environmental Excellence Awards program was created in 1992 to provide national recognition for aggregate producers that meet and exceed technical, environmental and regulatory requirements.

Finally, the Excellence in Community Relations Program was created in 1989 to recognize aggregate producers whose community involvement and support activities have enhanced the public’s perception of the aggregates industry in general and the public image of the individual producer’s aggregate operation in particular. 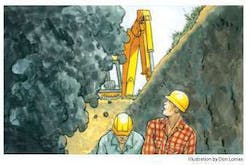 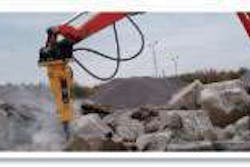 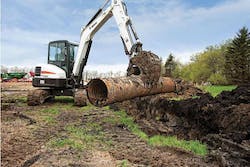 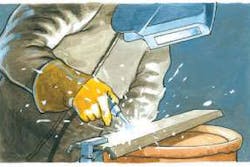