Now that Colorado and Washington State have legalized possession of small amounts of marijuana, the construction industry will be forced to confront some ugly problems.

Can you drug test someone now and fire them if they test positive for pot? I don’t think the states or the human resources professionals have worked out the details yet, but I’m almost certain the answer is no. If consumption of the product is legal, what grounds do you have to fire them?

Everybody is thinking, “We just won’t let people smoke pot on the job.” Sorry. Big problem there too.

Unlike alcohol, which wears off quickly and disappears from the body in a matter of hours, THC, the active ingredient in marijuana, remains in a person’s bloodstream for up to six weeks. Even if a guy tests positive, he can say he only fires up the bong on weekends and there is no way you can prove otherwise.

So, at least in those two states, guys can get good and stoned on their way to work or coming back from lunch, and unless you catch them in the act of smoking it, you will in all probability have no legal grounds to fire them.

There are a host of other difficult questions to be worked out as well. For example:

Will the manufacture and sale of pot be allowed? Will the states do it, or license growers? You can bet your last narco-dollar that the Mexican drug cartels are not going to stand by idle while your local head shop starts cutting into their business. They’re already growing acres of the stuff in the Sierras, with distribution routes firmly in place wherever an interstate highway connects to a big city. The only reason you don’t see them now is that, currently, they don’t have any competition.

So you’re going to have the government pushing drugs and Mexican drug lords competing for the same turf and quite likely an ugly war between the two. And I shouldn’t neglect to mention LA’s very capable and lethal drug gangs, which will no doubt want part of the action too.

This is not like Prohibition. When that was repealed they didn’t limit everybody to one beer a day. There were rumrunners and bathtub gin, but nothing like the today’s drug cartels, which have already killed at least 50,000 people in Mexico just over distribution rights. You think they’re going to walk away from this infringement on their business?

The shootings actually started the first day of legalized weed in Washington.

The fact that nobody thought this through suggests that a lot of people were smoking weed well before the election.

And lest you think that a few people taking a few tokes to relax on weekends isn’t going to do any social damage, take a gander at this report from Amsterdam, where pot, hashish and a lot of other minor crimes were legalized decades ago. The little druggies who have continued to congregate there have become so troublesome that the government is shipping them out to “scum villages” on the outskirts of the city to cut down on problems.

Decriminalization was a good idea. Legalization, like so many other baby boomer pipe dreams, will turn out to be a slow, rolling disaster. 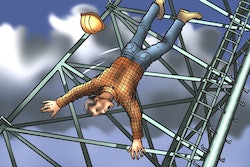 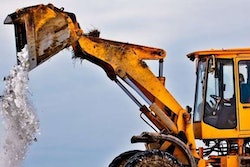