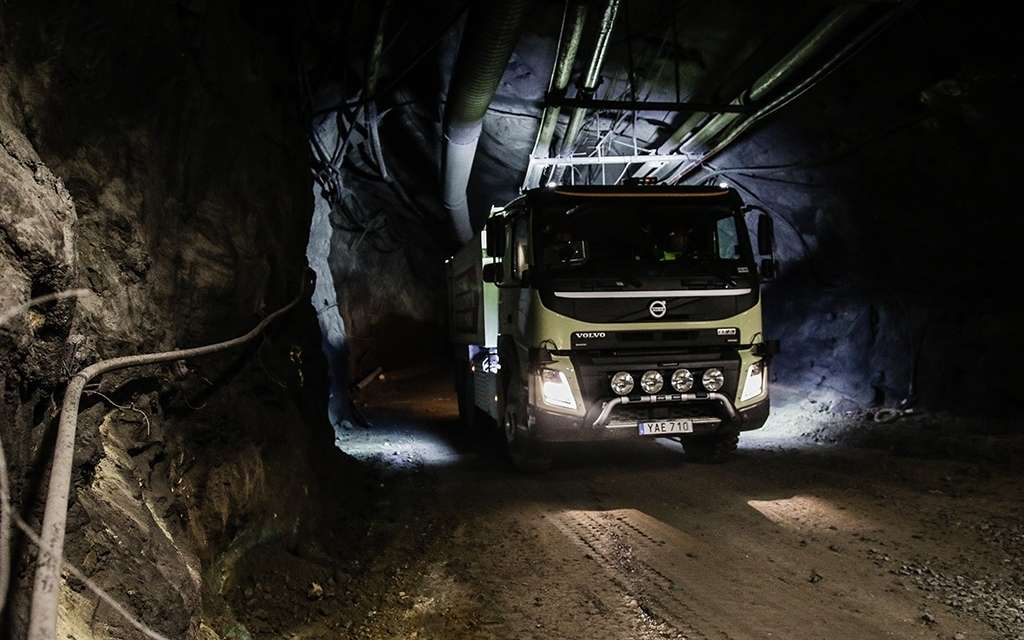 The safety debate over autonomous truck driving just got a lot more interesting thanks to a new video from Volvo which shows one of the company’s top executives daring to stand in the path of one its autonomous FMX truck.

During the roughly two-minute long video, the FMX cab-over concept truck is shown traversing the narrow tunnels of a Boliden-owned mine that’s about 4,331 feet underground in northern Sweden. Volvo says the laser-guided vehicle, first unveiled in May, is the first self-driving truck to be put to work in a mine.

Shots interchange between the moving driverless truck and Volvo Chief Technology Officer Torbjorn Holmstrom who is shown standing still in the middle of a mine tunnel.

You can’t help but wonder how many tests led up to this gutsy moment. One thing’s for sure, Volvo’s got a lot of faith in its autonomous tech which is being developed for mining in cooperation with Saab under a consulting company called Combitech. This autonomous FMX requires no one behind the wheel and uses laser sensors and GPS to “see.”

“This will truly change the mine industry and the whole society,” Holmstrom says shortly after coming head-to-head with the truck. “It will make it more productive, more sustainable and safer and it’s just the beginning.”

Take a look below and let us know what you think about this demonstration. Does it make you more confident of autonomous tech? Is the mining industry the best place to test and develop autonomous trucks? Are there any other industries that could provide ideal proving grounds for autonomous tech?

Holmstrom makes it clear that this is a concept truck developed for the mining industry. Since it was shot in a mine, the demonstration lessens the variables experienced on the roads above. Given that, would you rather see an autonomous truck take on a test track filled with obstacles and challenges that more accurately replicate conditions of everyday roads?