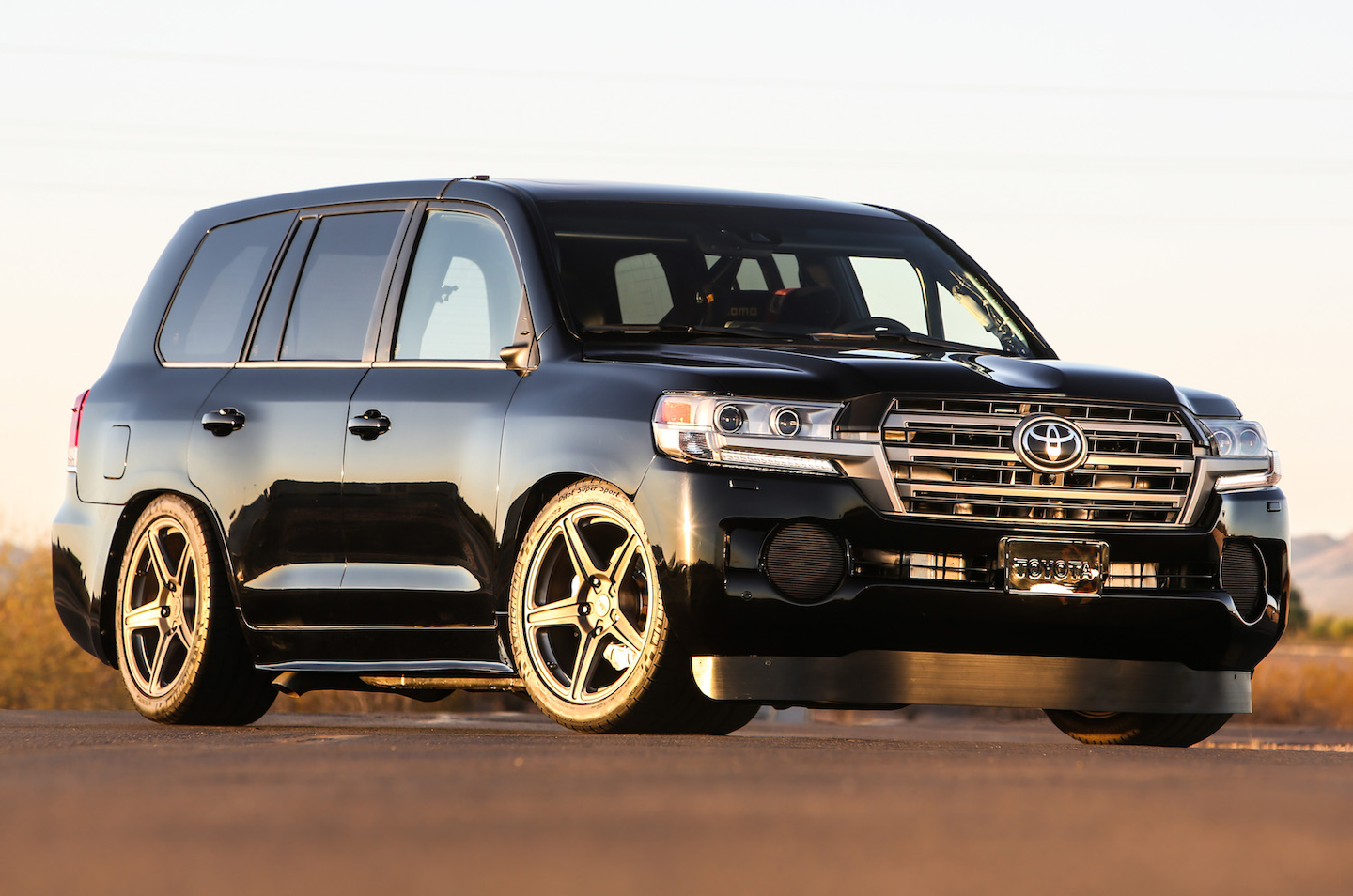 At the SEMA show last week in Las Vegas, Toyota’s booth was by far the easiest way to kill 30 minutes or so. The automaker had a theme of “Past, Present and Extreme” and for nearly each of its vehicle categories, Toyota brought the models that pioneered each respective category, the current model and an extreme modification of that current model.

For the SUV category, the past was represented by a first-generation, 1961 Land Cruiser which we’ll have a gallery of a bit later. The “Extreme” SUV model was the Land Speed Cruiser which was unveiled with a mighty roar of its Toyota 3UR-FE 5.7-liter V8 engine.

Built using a 2016 Land Cruiser, this low-slung SUV outputs a monstrous 2,000 horsepower with the help of two volleyball-sized Garrett turbochargers flanking each bank of cylinders. The full build specs are below.

“We’re trying to make it the opposite of what it’s traditionally been which is an off-road vehicle,” Sam Puleri of Motorsports Technical Center explains in a video Toyota released detailing the build of the SUV. “The biggest problem is trying to get it down to the ground and getting it lowered…to do that we have to get all of the suspension up which means (getting) all of the axle lines straight…everything that’s powertrain has to come up and everything else has to stay down.”

Toyota says the Land Speed Cruiser can hit top speeds of 220 miles per hour, likely making it the fastest SUV in the world.

“With the Land Speed Cruiser, we are breaking all of the normal conventions of what an SUV should be,” said Steve Appelbaum, Toyota Motor Sales national engagement marketing manager. “This is a vehicle is truly a feat of engineering.” 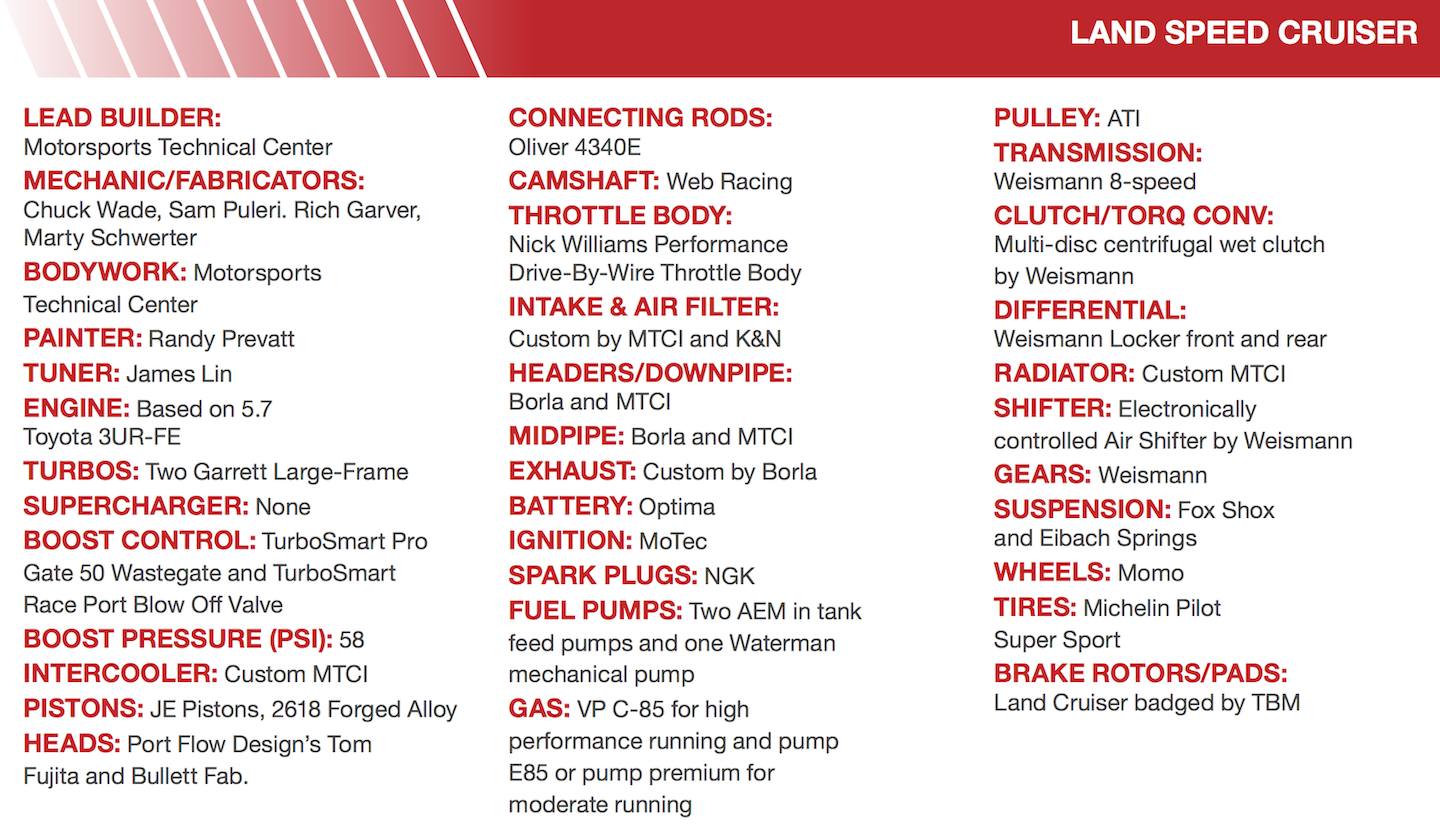