Loader, excavator, mine plow in one, Terrier combat tractor is the ultimate heavy machine 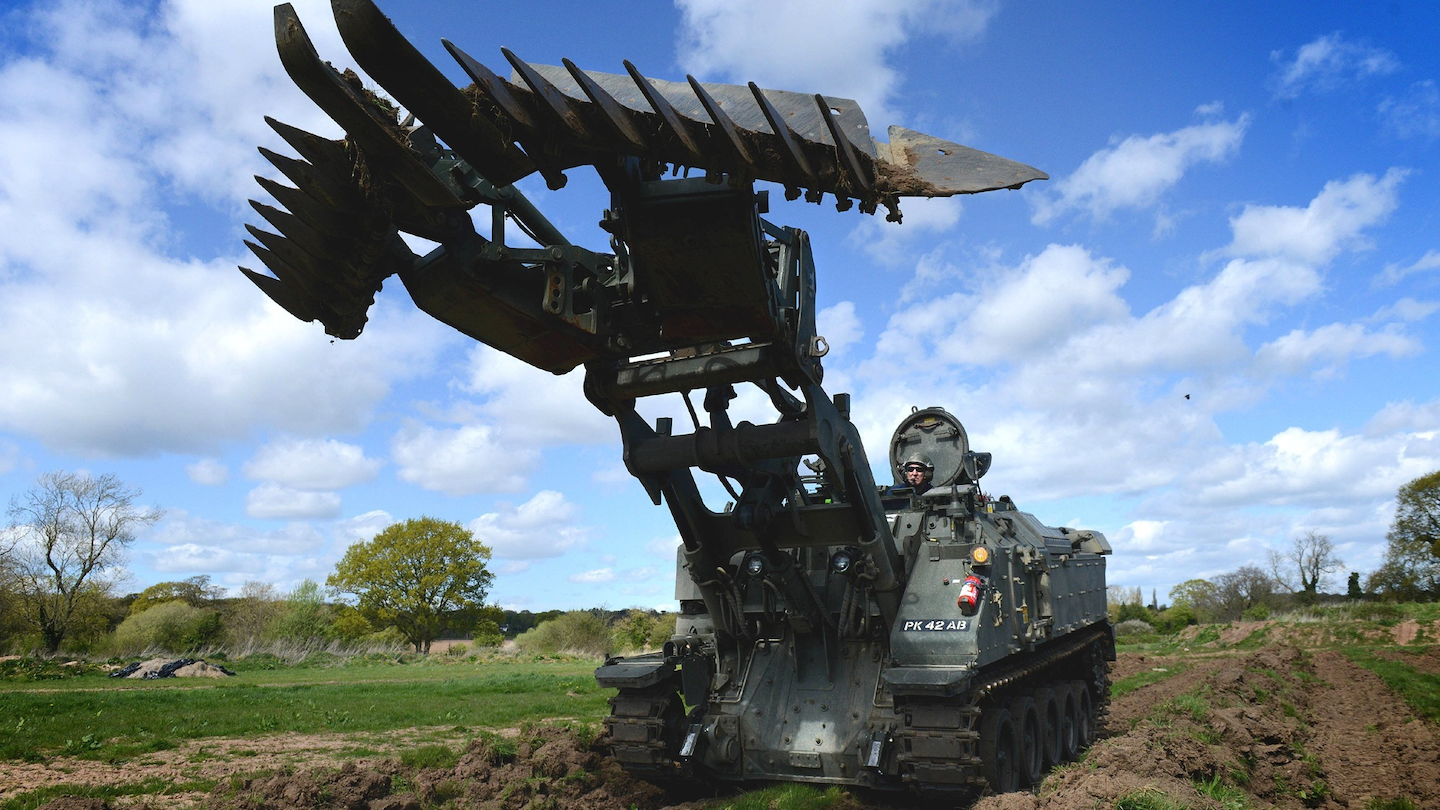 Though tanks are likely the vehicle most widely associated with the battlefield, civilian staples like dozers, loaders, backhoes and excavators have long been necessities for soldiers and engineers on the front lines.

The military versions of these heavy machines are often coated in a shade of sand or dark green and though many of them, like JCB’s HMEE backhoe, are covered in armor, they still look just like their civilian counterparts.

But with its Terrier Combat Engineering Vehicle, BAE Systems has created a tractor/tank hybrid that multitasks and looks like nothing you’ve ever seen on an everyday jobsite. 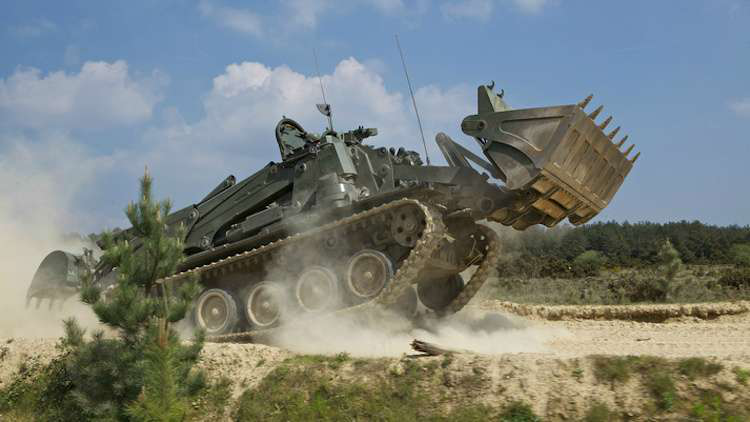 Equipped with an excavator boom and arm in its side pocket and a 26-foot telescoping “investigation arm” up front that supports a mine plow and loader buckets, the Terrier can find and detonate mines, move and destroy obstacles and push 330 tons of earth per hour, according to BAE Systems materials.

The Terrier, which can reach an impressive top speed of 45 miles per hour, can also be equipped with a rock hammer, ripper and earth augur allowing it to split rocks and penetrate concrete, rip up roads or runways and drill holes for use in combat engineering, respectively. BAE Systems calls it the ‘Swiss Army knife” of combat vehicles, a huge understatement.

You can see it demonstrated in the video above, but one of this tractor’s most important features is that telescoping arm and mine plow. The plow rips through the ground and unearths mines and IEDs and the extendable arm allows it to be done from a safer distance. Speaking of safer distances, the vehicle can also be remote controlled from up to 3,300 feet.

And did we mention it’s amphibious? The Terrier rolls right through watery areas and is capable of withstanding up to 6 1/2-foot  waves.

Though those no word on whether this beast will be assisting American soldiers any time soon, a report from Fox News says the Terrier will be put to work by the British military.