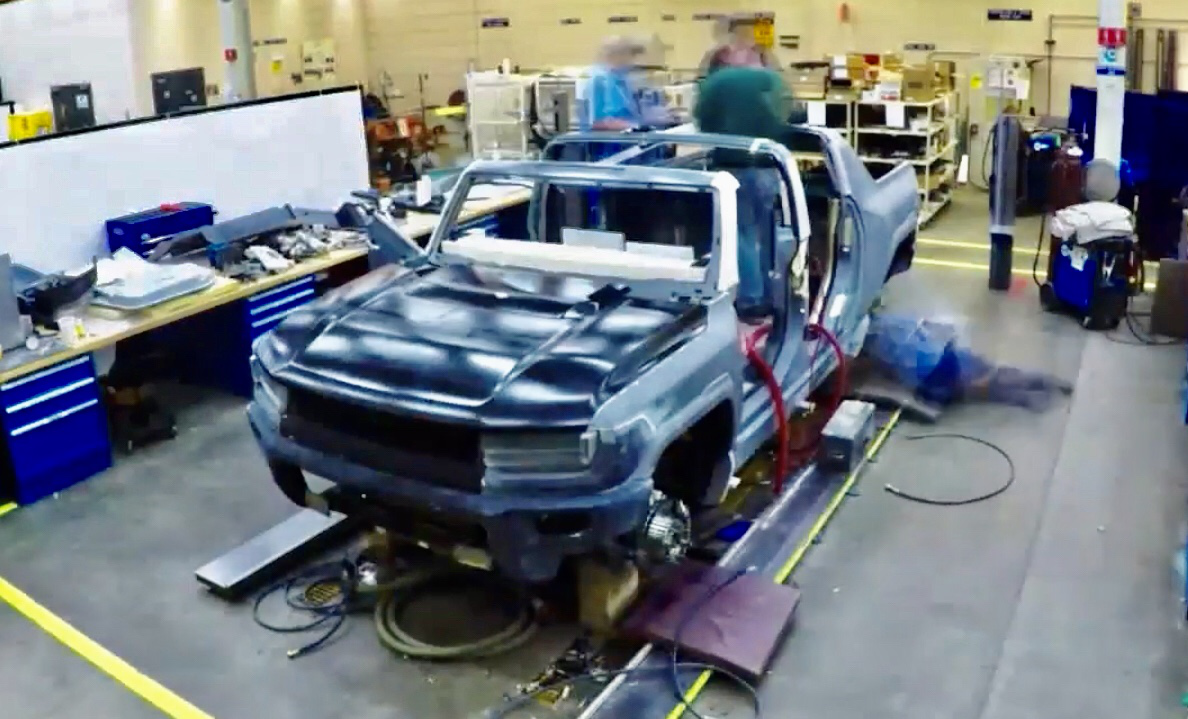 A new teaser video released by GMC has given us our first real look at the truck that represents the much-hyped return of the Hummer brand and what will likely be General Motors first fully-electric, battery-powered pickup truck to hit the market.

The teaser video, posted below, also gives us the first dates around its release: a fall unveiling this year, followed by production starting in fall of 2021.

Narrated by Lebron James, the teaser video gives us the following specifications that are, while already previously mentioned, still ridiculous:

Given those numbers, GMC is calling this EV a “supertruck.” If they deliver upon these specs, that description wouldn’t be much of a stretch. And while all these giant numbers are exciting, I’ll be shocked if the combination of a battery-powered truck, crazy specs, the teased “infinity roof” and the GMC badge, don’t add up to a sky-high sticker price.

Beyond those incredible ratings, the teaser also gives us our first looks at the truck. For one we get a very clear look at the front end design during design and manufacturing. 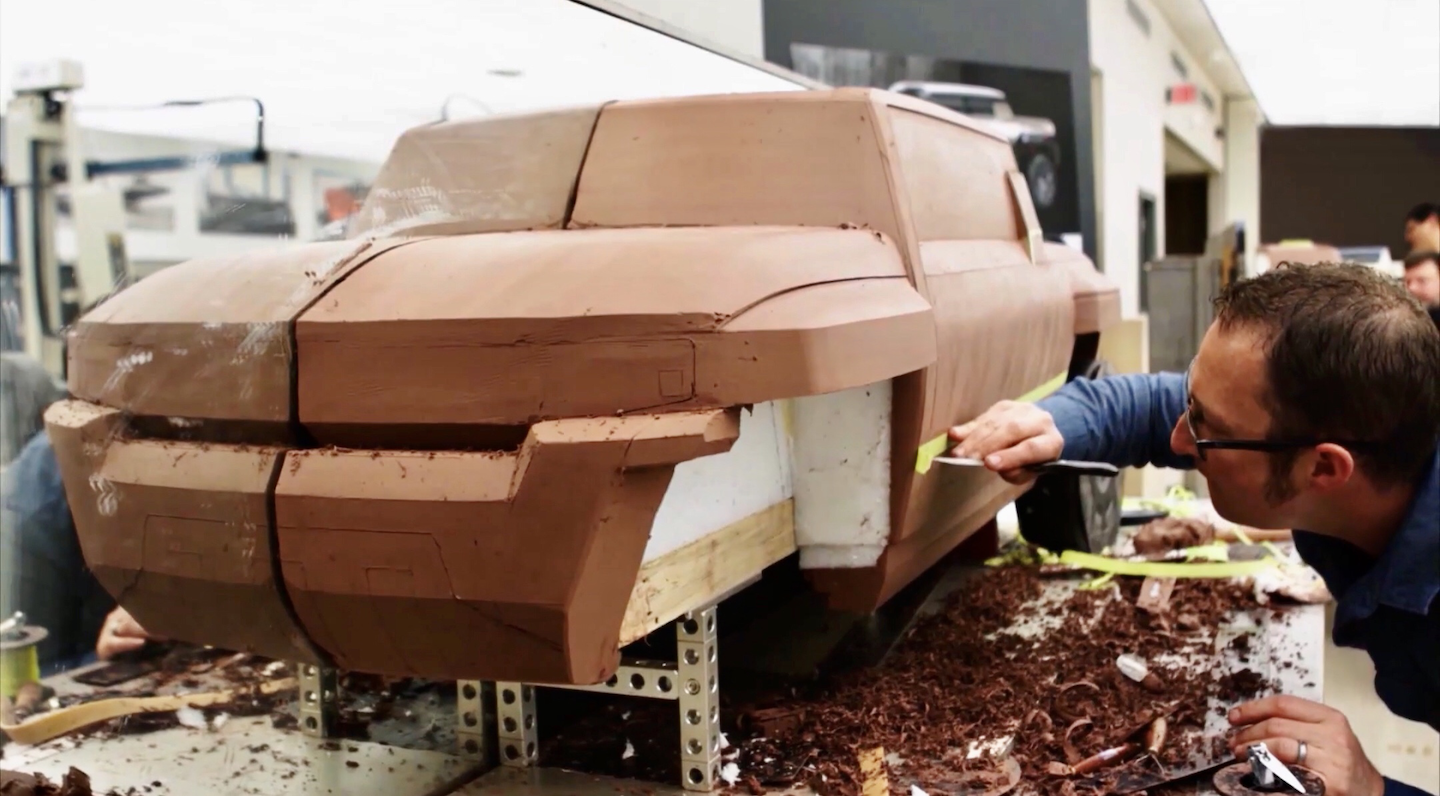 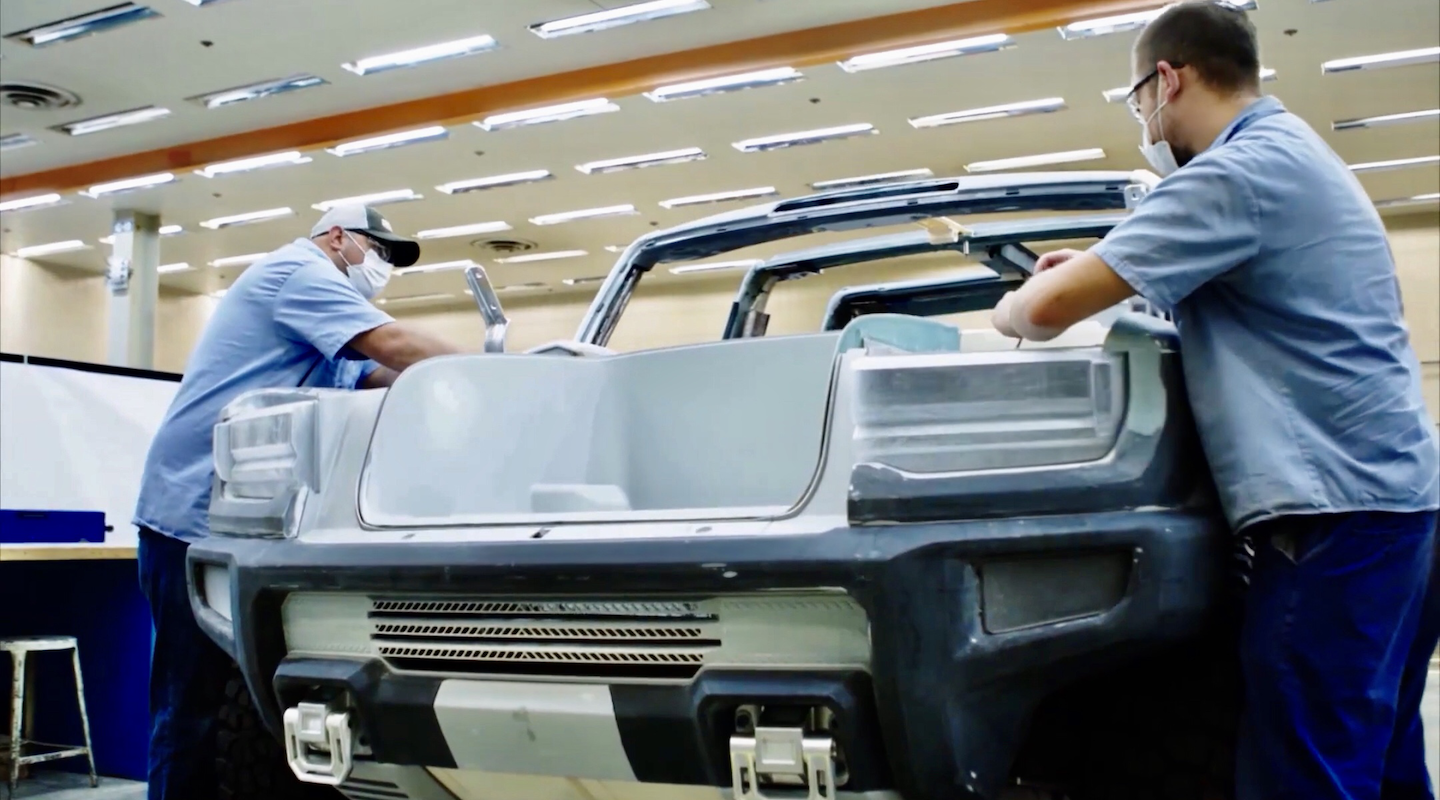 While this is the clearest look we’ve gotten at the Hummer EV’s front end, GMC also shared a silhouette photo earlier this year that showed off the truck’s unique front end LED lighting. 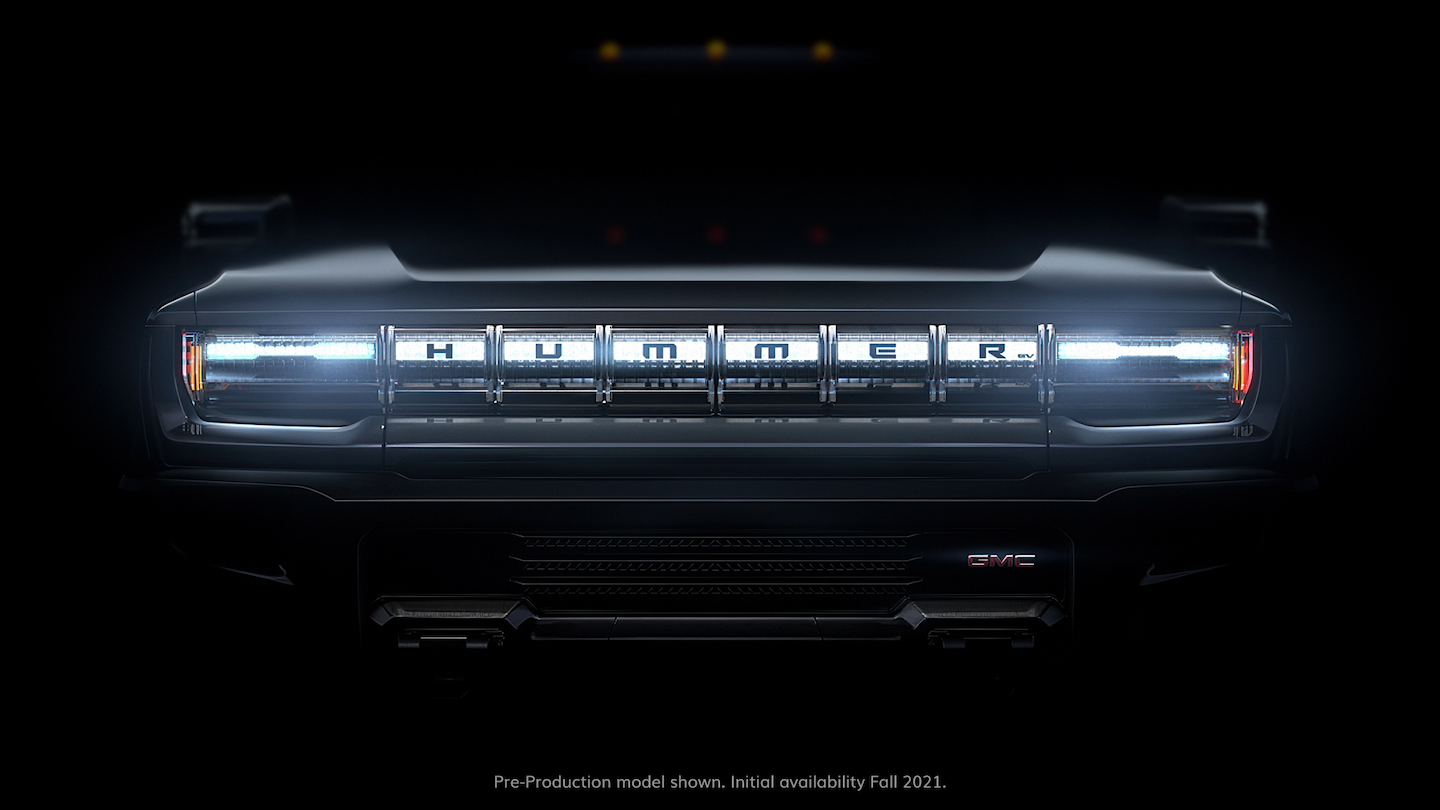 Then we get a silhouette shot of the profile of the truck. Plus, GMC also shows off a second silhouette. The second replaces the bed with more body, meaning that at some point this platform will also support an SUV model. The fine print under the SUV silhouette is that the details and introduction of that model will come “at a later date.”

If this seems familiar, that’s because this shared battery platform with both a pickup and SUV option is the same strategy that electric truck makers and startups Bollinger and Rivian are employing with their respective upcoming releases. Let’s hope GMC also copies Bollinger’s approach to storage. 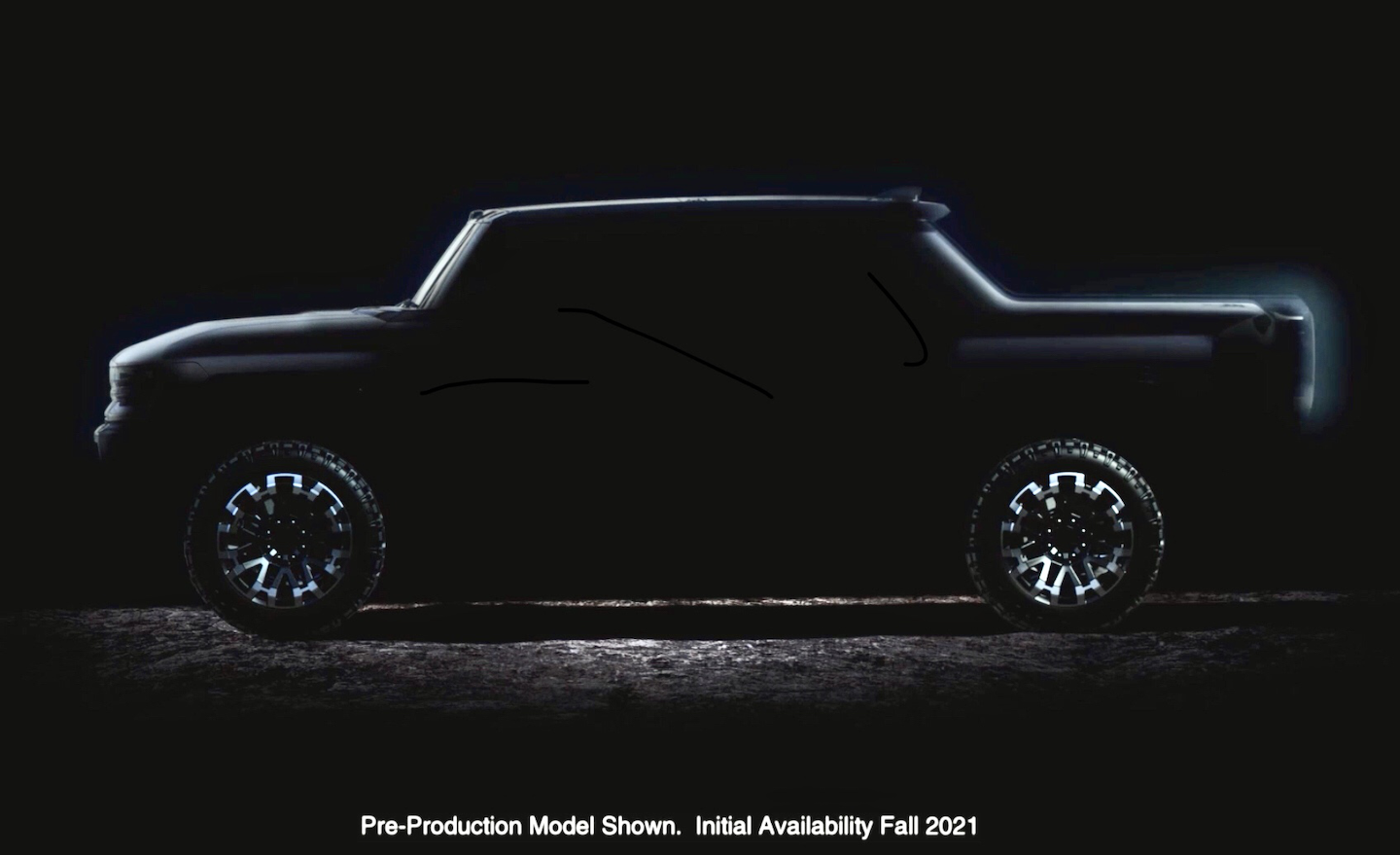 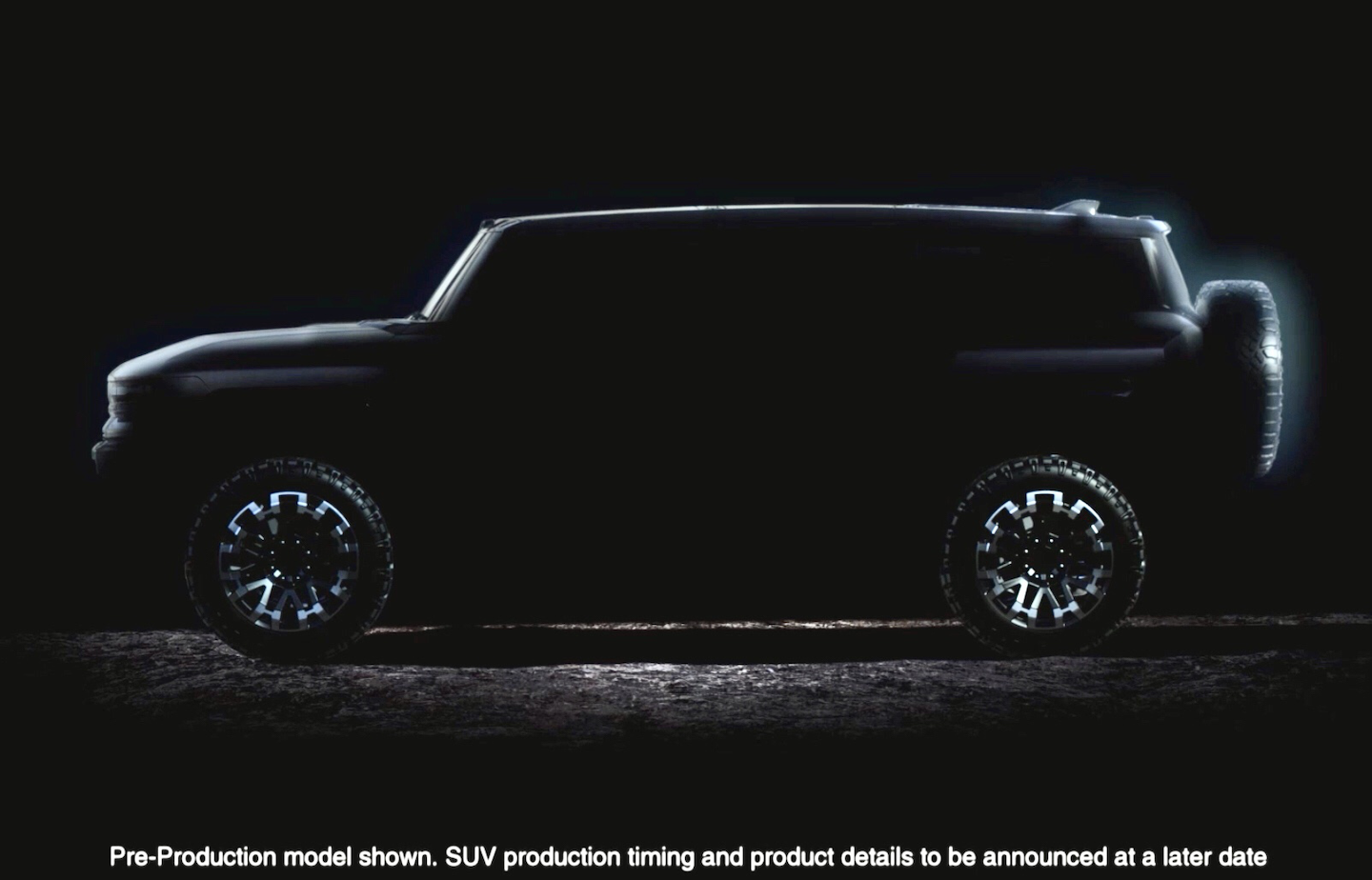 In terms of upping the hype around the Hummer EV, GMC exceeded here. Even if you rolled your eyes at the prospect of an electric Hummer that’s now a pickup, these specs alone will generate a ton of interest around the truck’s official unveiling.

Check out the teaser video below.