Bollinger B1 is an AWD, electric, modular truck that is both pickup and SUV

The world of electric trucks just got a lot more interesting with the introduction of Bollinger Motors’ all-in-one pickup and SUV.

Bollinger, which pushed to design an all-new off-road electric vehicle from the ground up, allows owners to transform the B1 from an SUV to a half-cab truck thanks to reconfigurable body panels (see video below).

New York-based Bollinger is marketing the B1 as a back-to-basics utilitarian sports utility truck, or SUT. The motivation to create the all-wheel-drive truck came from CEO and designer Robert Bollinger who while working on his farm three years ago during a tough winter became disappointed with his pickup.

“Three winters ago was when we had that really bad one up here. Pipes were freezing and all that kind of stuff. That’s when our Chevy with the plow on it and the huge, round bale on the back for traction got stuck three times,” Bollinger explains in a video that his company posted on its website.

Long before his pickup let him down, Bollinger, who has degree in industrial design, had wanted to design and build a truck unlike any other. “Trucks are not made properly and they’re not designed well and they basically have not changed in a 100 years,” he said.

Bollinger hired a team of engineers and together they built a truck that while offering an adjustable ground clearance ranging from 10 to 20 inches also provides 50-50 weight distribution for improved traction and stability. A dual motor electric drivetrain provides 360 horsepower and 472 lb.-ft.of torque. Just like other electric vehicles, all that torque is instantly available if the need arises.

“It was always electric because I feel that’s where everything is just going to end up,” Bollinger said.

The B1 can hit 0-60mph in 4.5 seconds and has a top speed of 127mph. Various charging options are available. varies. The B1 has a J1772 universal connector for conventional 110V and 220V charging while Level 3 “DC Fast” charging is completed through a CHAdeMO protocol charge port on the vehicle’s fender.

The battery pack compartments are encased in four layers of protection between metal casings and water tight seals which are engineered to withstand submersion under 3.3ft of water for 30 minutes, which is the industry standard for EVs.

The truck’s all-aluminum chassis weighs in at 295 lbs. and helps keep curb weight slightly under two tons, or 3,900 pounds. Payload and towing capacities are both rated at 6,100 pounds each. Range varies depending on the battery package: the 60 kWh system will keep you on the road for 120 miles, while the larger 100 kWh pack is rated for 200 miles. (Bollinger does not specify range by load or towing capacities).

In SUV mode, leather seats accommodate up to four people. Once the vehicle is configured into pickup mode (which entails removing the back seats), Bollinger states that you can stack up to 72 sheets of 1/2-inch thick, 4-foot x 8-foot drywall in the bed.

Like a lot of electric vehicles, the B1 has a frunk, or front storage compartment where you’d normally find an engine. Behind the frunk, a center section of the dash provides a unique 13- x 14-inch passthrough door.

This back door access to the frunk allows you to load up to 24 2x4s from front to back. When the rear liftgate is down, boards up to 16 feet can easily be transported. It’s extras like this that Bollinger believes will go over well with buyers who’d like to break-away from conventional truck designs.

“We are so thrilled to be able to finally take the wraps off of our Bollinger B1 SUT,” Bollinger said in the company’s press release. “This is the culmination of what has been a 40-year-long boyhood dream of mine and I couldn’t be more pleased with the vehicle and the incredible team who worked so hard to create it.”

The chassis is mated with a high-strength, low-alloy (HSLA) steel rollover structure.  It sports a wheelbase of 105 inches, front and rear track of 68 inches, an approach angle of 56 degrees, departure angle of 53 degrees, and break over angle of 33 degrees.

The base ride height provides for 15.5 inches of ground clearance and can be adjusted using a self-leveling, 4-wheel independent, hydro-pneumatic suspension within 10 inches of wheel travel.

“Because the entire drivetrain and battery storage system is located between the chassis rails, the B1 has abundant and unique storage areas and a very low center of gravity providing for unsurpassed stability,” said Karl Hacken, Bollinger Motors’ lead engineer. “The hydraulically-assisted steering rack was designed in-house allowing us the ability to fine tune the driving dynamics to our exact specifications.”

The chassis rides on Mud Terrain LT285/70/R17 tires with high offset aluminum wheels for go anywhere traction and performance. The wheels are attached with eight lugs to knuckle-housed, geared axle hubs, which allow the entire suspension system to be raised on the chassis giving it greater off-road versatility. The regenerative braking system consists of 11.75-inch vented inboard discs and four-piston calipers.

“The B1 combines Bollinger Motors’ advanced all-wheel-drive system with our all-electric powertrain to produce best-in-class horsepower, torque and ground clearance,” said CJ Winegar, Bollinger Motors engineer. “This vehicle signifies a huge leap above what is currently on the market. There’s nothing like it out there.”

Inside the cab you’ll find black leather seats paired with an interior that can be fully hosed down since all of the instruments have rubber seals and gaskets and the floor pans are polyurethane-coated.

Bollinger calls the interior “minimalist by design providing only the necessary controls to operate the vehicle both on and off-road.” The truck uses a mechanical speedometer complemented by a battery level indicator and a mechanical tachometer displaying the average of the two motors’ revolutions per minute.

Above the passthrough sits a gauge-style, marine radio stereo receiver. The in-dash waterproof receiver has Bluetooth capability with AM/FM Radio, AUX Input for iPod/MP3 Players and SD/USB Flash Readers. Sound from the unit is directed to four speakers inside the cabin.

To the right side of the passthrough are twin 110 volt power outlets which allow occupants the ability to hook up their electronic devices, camping equipment, power tools or whatever the adventure calls for.

“Since the B1 is an all-electric truck, it’s really a portable energy source,” Bollinger says. “So we put 100 volt plugs throughout the truck so you can use it to power any equipment and tools you might need out in the field. USB and 12 volt plugs are also integrated into the dash to cover all power needs.”

Bollinger is currently considering manufacturing arrangements for the B1. The first truck is expected to be delivered in 19 months. Initially a direct-to-consumer sales model will be employed for the B1 and, in the future, Bollinger will also look to open company and retail stores in major cities across the US. For now, the B1 will be available through bollingermotors.com and interested individuals can reserve a spot simply by signing up online with no money down. In early 2018 reservation holders will be able to order their B1 with a $1,000 down. 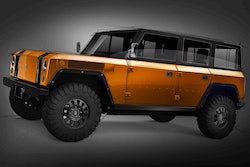 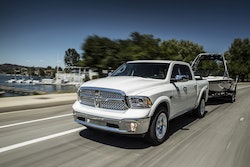 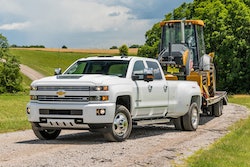