Imagine jumping out of your big rig at the end of a long day feeling as supple and refreshed as the minute you started.

That scenario is coming close to a reality with a new seat software program from a company called Comfort Motion Global. The software is designed to make regular but subtle changes in the geometry of electronically actuated seats. These changes redistribute the driver’s weight every few minutes and relieve pressure points throughout the torso and legs. This improves blood flow and reduces the aches and pains that come with prolonged seating.

(Check out the GIF below for an animation of how the seat software works.)

It’s not exactly a massage chair, but the effect is similar. And while keeping your drivers comfortable is a worthwhile endeavor, reducing driver fatigue and thus accidents is a significant objective as well.

Some 13 percent of commercial vehicle accidents have been partially attributed to fatigue. The National Transportation Safety Board has made reducing fatigue related accidents a priority.

Paul Phipps, the chief medical officer for CMG and the primary inventor of the technology, says that reducing driver fatigue was not the original goal of the software, but in testing the system in driving simulators found it very effective at just that. “We were able to show about 200 milliseconds of improvement in reaction times after the third hour,” says Phipps. “At highway speeds that can mean an additional 17 or 18 feet of additional stopping distance.”

“Those were benefits we hadn’t really thought about,” says Phipps. “My whole focus was on decreasing tissue fatigue.”

As a chiropractor, Phipps specialized in lower spinal mechanics and performance biomechanics and had spent years treating athletes. He also treated many long haul truckers and salespeople, police and others who spend a lot of time in their vehicles. “What made sense to me was that we needed to do something to preempt this deep muscle fatigue that sets in with longer repetitive periods of sitting. And the only way to do that in a seat is to change the posture,” he says.

In office chairs or other forms of non-vehicular seating you can wriggle around, get up and walk a bit and change your posture the moment you feel discomfort. The CMG software is simply designed to mimic that kind of activity but in an automated fashion in a truck or car seat as you are driving.

The changes in seat, back and lumbar support angles are subtle, no more than one percent. And with the CMG software controlling the seat they the changes happen every few minutes—at intervals the driver can set. These parameters can be adjusted to fit different weights and sizes of driver, much like the memory settings common now on may electronically adjustable seats. It can also adjust the heating and cooling of the seat.

The frequency of the adjustments can also be set to an “energizing” pattern, says Phipps. “This is where we increase the movement rates and speeds. And we might pulse cool air through the seat. We can do things that increase driver alertness over a period of time. So if it’s 20 minutes before they get off the road, you can set it to an energizing pattern.” If you’re truck has a fatigue detection system, the software can be programmed to put the seat into an energizing system anytime the fatigue detection system is triggered as well.

There are six patents on the technology, including one that factors in safety. If the driver hits the brake, turns the steering wheel sharply or the seat belt tensioner fires the software stops the motion in the seat so as not to disorient the driver. “If you’re in the seat it just feels like butter, melting into the next position, it’s very subtle,” says Phipps. “But you don’t want any confusion during a critical event.” The setup also takes into account the driver’s line of sight and does not change the range of motion so much that rearview mirrors have to be adjusted.

Likewise the CMG software can interface with the truck’s software and detect whether you are driving in a city or driving on a highway. All these parameters are programmable by the OEMs who license the software.

The CMG software has been licensed to Mercedes-Benz and is used in that company’s memory seats on the GLE, GLS, A- and I automobiles. And although the product is not commercially available yet, CMG is discussing licensing arrangements with dozens of heavy truck OEMs and seat manufacturers, says Phipps.

“We’re also talking to the big trucking companies,” says Phipps. “They’re very interested and willing to invest in this technology as an incentive to attract and keep drivers.” 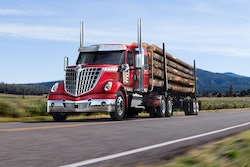 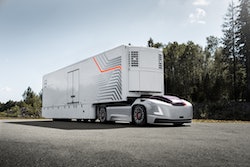 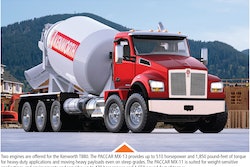 Heavy-truck market settles down as technology advances ramp up