What Contractors Need to Know About PC-12 Diesel Engine Oil

In this episode of The Dirt, we talk about the next generation of heavy-duty diesel engine oil, which is currently under development.

Shawn Whitacre, Chevron senior staff engineer for engine oil technology, explains the need for the new oil category, currently known as PC-12 and what it will mean for contractors and operators. (“PC” stands for “proposed category.”)

The category’s development, governed by the American Petroleum Institute, is being driven by the higher demand placed on diesel engines by emissions regulations.

To find out more about PC-12 and what it means for your business and construction equipment, check out the latest episode of The Dirt.

04:29 - Will New Engine Oils Be Compatible with Older Equipment?

Hi, everybody. Welcome back to Equipment World. You're watching The Dirt. I'm your host Bryan, and today we're here to talk about engine oils, specifically we're here to talk about engine oil categories. Did you even know engine oil categories were a thing because I didn't up until we started this interview, but they are, and there's a new one coming and what does that mean to us as contractors? Why should we even care about this conversation? Well, Shawn Whitacre is here from Chevron to talk exactly about that topic, why we in the dirt industry should be aware of this new product category coming out.

PC 12, this is one of these figures and number things that you throw around as the oil industry that dumb dirt guys like myself kind of go, "What are you talking about?" Can you kind of at a high level, just give us an idea of what these oil categories are?

So PC 12 stands for proposed category 12, and we call it a proposed category when it's in development, but ultimately we're envisioning that this will become the next kind of generation of the API specifications that govern heavy duty engine oil performance right now.

Am I as a dirt contractor ever really going to be focused on what API category of oil I'm getting, or am I really just concerned with what my manufacturer says needs to go in my machine?

Gotcha. Now I have to ask again as the dumb dirt guy, if we have these categories that are working fine for us, why go through all of the rigamarole to create new categories? What's the purpose behind this whole proposed category?

That's a really good question, and I've been doing this since the mid-nineties and one of the things that has continued to drive improvements in oil quality have been the incremental changes to emission regulations and that's really no different this time around. This has been on an every four to as long as 10 year cycle where new heavy duty emission regulations oftentimes first applies to the on highway market, but later on catches up to the non-road segment in which engine designs change, fuel injection systems change, operating pressures change, fuels change, and then more recently, the addition of emission control systems, which has brought new requirements to engine oils and put constraints on the kinds of things that we can put in products. Those are the same motivating factors that are driving this new category.

There's actually another set of emission regulations which have been proposed, and that would go into effect in 2027, which will require reductions in nitrogen oxide emissions and would also prolong the expected useful life of emission control systems. Now in reality, those will only first apply to the on-road segment, but as we've seen time and again, eventually those standards catch up to the off-road segment. A lot of times we're building in performance and lubricants that will ultimately pay off to off-highway equipment in later years.

We need to be concerned about it on the dirt side because ultimately everything rolls downhill and if it starts on on highway trucks, we're going to be subject to that eventually.

Yeah, absolutely. The reality is sometimes some of the requirements don't apply across the board. There could be things related to fuel efficiency gains or expansion of into lower viscosity grades that may end up not being relevant to the off highway market ever but there are other performance dimensions which are encompassed in these specifications like better wear control, better oxidative stability, improved compatibility with seal materials that apply to all engines regardless of the market that they serve.

Let's say this new category comes out and we do see some really good wear protection that's heads above what the old oil category provided. Are these kind of backwards compatible or do I have to really talk to my OEM to figure out, oh, can I use this new PC 12 oil in my older piece of equipment that's been around for 20 years?

That's actually a great question because that's sort of a core tenant to the specification development framework, at least here in the United States. We've always kind of endeavored to have what we call backward compatible performance categories. That is to say that a product that meets the newest specification will also be formulated to meet the same standards of preceding specifications. We're endeavoring to do that with PC 12, at least, for the next generation of APIC category oils, keeping all of those same performance requirements and just adding to it, making them better, improving their wear performance, and allowing them to be used in all equipment, both new and old.

The only time you start to get into a situation where you may have to be careful is on viscosity grade requirements because that is something that engine builders don't always allow across the board. They may have specific requirement for specific vintages of engines and what viscosity grades are allowed so you do always have to be kind of mindful of that.

Yeah, that's the key consideration. The good thing about the North American market is typically when we see a performance change, ultimately when PC 12 becomes pervasive and becomes a licensable category, it's very likely that all products in the market will elevate to that performance standard so there's little risk that you're going to get the wrong kind of specification product, but as it is today, you always have to be mindful of making sure that you have the right viscosity grade that matches your hardware requirements as well as the climate that you operate in because that also tends to be the dictating factor of which vis grade you choose.

We're talking about PC as a proposed category. Any feel for when this becomes a real category? Is that a close to being here thing?

We're working toward a milestone to have it what we call licensable by the end of 2026, and that kind of feels far away, but there's a lot of work to be done. That date is notable because it's right before the 2027 model year, and that's when we anticipate these new emission standards will take effect, and the new hardware that will demand PC 12 oils will become prevalent.

Right now, in fact just next week I'll be at meetings with other stakeholders to continue discussing and advancing the development of this new standard and within the next year or two, we should have it all buttoned up and then we'll really be in the mode where we're starting to test against the standard. That's not just the actual performance testing that we do in the laboratories, but also field testing when we start putting products in the market and really kind of playing around to understand how it stands up to real world operations. All of that stuff in the groundwork is being laid as we speak, even though we're really talking about products that will become commercialized maybe four years from now.

Well, I was going to say, it does, like you said, it sounds like it's far away in the distance, but if you think about how frequently guys rotate their fleet out, you're probably around that four to seven year mark when you do your next skid steer rotation or your next loader rotation, and now we are at that point where we might be requiring the new oil category versus the old category, so it's not as far out as it sounds.

Yeah, may even be the point in time when they start taking on a bigger fraction of tier four final equipment. You've got emission control systems. I know for a lot of fleets that's kind of pervasive today, but not for all so without continuing these new oils will kind of stand up to those demands as well.

My final question for you, and it sounds silly, but I have to ask, is PC 12 going to change names when it stops being a proposed category?

We call it PC 12 until it becomes an actual specification. Today we have API CK-4, which is the predominant grade that is used for off-road equipment, but there's also a fuel economy grade called FA-4. We anticipate that these are going to change to become the next letter in the sequence, so it'll be CL-4 and likely FB-4.

Don't look for PC 12 in seven years or you'll be grossly disappointed.

Correctly, yeah. We only call them when they're in development, but then ultimately they'll become C or F categories.

Fair enough. Shawn, thank you. This is, as always, is very informational and it gives us a really good insight into the behind the scenes of what goes into cooking up the batches of oil that we get to use on the front lines.

We'll stay in touch on this topic. This is going to continue to evolve over the next several years, and we'll start to better understand exactly what the framework of the category will be and be able to share more about how it will impact dirt contractors going forward.

Well, thank you again to Shawn and the folks at Chevron for sharing this information with us. As you can see, this isn't something that we need to go out and we need to do a bunch of homework on as contractors to make sure we're up to date, but at the same time, with the possible coming of, dare I say, tier five emissions, this is something we need to kind just be aware of that this conversation's happening in the background and things will be changing over the next four to seven years. That doesn't just mean engine technology and after treatment technology. It also means the engine oils that perform within those engines. As always, I hope this has been helpful, I hope it helps you with your business. We'll catch you on the next episode of The Dirt. 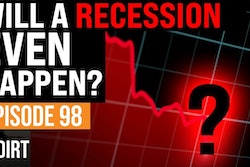 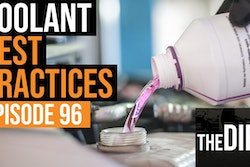 Video: How to Maintain Your Engine's Cooling System