Inspired by the lane-keeping, radar and camera systems that have been improving safety and all the while forming the foundation for fully-autonomous vehicles in the automobile industry, Volvo Construction Equipment and Carnegie Mellon University have provided a peek at a still-in-development system which seeks to give heavy equipment operators 360-degree vision.

Citing construction industry deaths nearing 1,000 in 2013 alone, Volvo CE partnered with the Integrated Innovation Institute at CMU to develop the sensor-based system, which it calls SiteAware.

The system presents operators with a central display in the cab giving them a real-time, overhead view of their surroundings. The technology would be welcome on tight or congested jobsites, specifically in road work zones which tend to be both.

Students at the institute were tasked with researching jobsite dangers, including speaking with contractors, operators and site supervisors to gain an understanding of what they see day to day, in order to devise methods using existing technology to increase safety. Here’s the main takeaway from what the CMU students found via the Bureau of Labor statistics:

Despite technological advancements in the automotive industry, specifically partial or fully autonomous driving, there has been minimal adoption of active safety technology in the construction industry; being struck by a vehicle or mobile equipment is the largest single event for fatal occupational injuries.

From there, the aim of the project became to heighten machine operators’ awareness of their surroundings while also increasing their safety and that of those working around them.

The students’ solution, which Volvo CE says it will integrate into its engineering plans, uses a combination of sensors and cameras to provide the overhead view. The system is detailed in the photos and renderings in the above gallery.

SiteAware equips a machine with an RFID antenna and two sensor stacks, which look a bit like an oil filter and contain both a LIDAR sensor—a laser-based distance measuring system—and three cameras with a 130-degree field of view.

Each worker on the jobsite wears an RFID tag which provides the antenna on the machine with their proximity and location in relation to the machine. The system then plots those worker locations on a real-time map or view of the jobsite that it constructs by combining the data gathered by the cameras and LIDAR.

In addition to giving the operator a comprehensive view on the display, the system also provides a combination of visual and auditory warnings whenever a worker outside the machine comes too close. While the SiteAware cab display shows that a worker has broken the safety barrier surrounding the machine, the system also states the name of the worker to the operator.

Volvo CE says students found that the system’s ability to recognize worker names through their RFID tags and state them was more likely to attract the operator’s attention.

Volvo CE hasn’t said when we can expect this technology to appear in its machines, but it’s nonetheless pretty cool that they’re working on implementing it. Also cool: The company says it will publish the results of the CMU students’ research rather than pursuing proprietary rights. 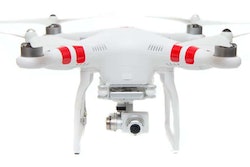 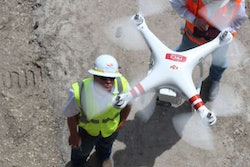