What the defeat of Al Qaeda in Iraq, big data, telematics and reverse mentoring can teach you about running a construction company

About a third of the way through retired Gen. Stanley McChrystal’s new biography My Share of the Task  it becomes apparent that his team’s use of big data played a key role in the defeat of the Iraqi insurgency between 2004 and 2007.

Our military has struggled since Vietnam to come up with a way of handling guerillas, civil wars and insurgencies. Bombing whole countries into submission is no longer an option.

Imagine then how McChrystal and other senior coalition military leaders felt when in 2004 when insurgents and terrorists from all over the Middle East started pouring into the cities of Iraq. The solution McChrystal details in the book was information management—compiling vast amounts of data, assigning it the right values, studying it for trends and insights and then acting on those insights.

Plenty of hard fighting and sacrifice was involved too, but what made these combat victories effective was the fact that the team McChrystal put together, dubbed Task Force 714 (or TF 714), assembled a vast, cross referenced, computer searchable database of information on every jihadi, terrorist, wanna-be terrorist and their sons and brothers and uncles in and outside of Iraq. They knew the mosques where these people met, the names of their religious leaders, the cars they drove, the friends they kept and their enemies. Every contact, whether it was a tip from an informer, an intercepted phone call, a visual sighting from a drone aircraft, a conversation in the street or an interrogation in a prison cell became a data point recorded and organized into the database.

Once they had enough information, McChrystal’s TF 714 was able to predict the behavior and whereabouts of thousands of high value targets, including Abu Mussab al Zarqawi, the head of Al Qaeda in Iraq, and the most wanted man at the time. One day a friend of a friend of Zarqawi showed up on the radar and lit up a network of relationships. Then all the coalition forces had to do was follow the friend’s car to Zarqawi’s hiding place and dial in the bomb. No kicking down the doors, no soldiers or innocent civilians lost in a bloody street fight.

One reason we lost 50,000 soldiers in Vietnam and only about 4,000 in Iraq is because the Army is getting smarter.

What does this have to do with running a construction company? Plenty.

Some big businesses are using various iterations of Big Data today, but many small businesses have yet to catch on. Everybody thinks hard work, experience and leadership are critical to building a successful business. Those are all good and necessary qualities, but if you’re acting on incomplete, out of date or poorly understood information, you’re either leaving money on the table or working yourself, your people or your machines much harder than you need to. Or you may be delivering an inferior product.

In my interviews with dozens of Equipment World Contractor of the Year finalists over the years, I’ve met two in particular who swear by their database management models. Bill Pierce, a high-end homebuilder in Helena, Montana, started his construction career with a truck and wheelbarrow.

Long before there were personal computers, Pierce wrote down all his time, materials, costs and revenues on paper and kept a running tab on every detail of his company. When Excel spreadsheets came about, Pierce transferred all his paper data into his computer and continued to update and refine his numbers. Building custom homes is a notoriously risky business. Failure and bankruptcy is the norm. But ask Bill Pierce what his formula for 30 years of unbroken success is and he will proudly tell you: “My spreadsheets.”

On a larger scale, our Contractor of the Year for 2012, Steve Cosper, based the success of his Charlotte, North Carolina paving company on database-formed decisions.  Cosper was an early adaptor of telematics and electronically charted and compared every facet of every job. At a glance he can tell you how many tons any of his trucks carried on any given day or tell you to the dollar, how efficient one excavator is compared to another.  When he goes in to the dealer to buy a new machine, he brings the spreadsheets as his bargaining chip.

Friends, this is the future. You might be able to get by for a few more years on SWAG, experience and guts, but the data guys are gaining on you and it’s a mathematical certainty that they will win in the end. Either you get in now or get left behind.

If you’re new to telematics and data management, the Association of Equipment Management Professionals is dedicating its entire, fall educational conference to telematics and fleet management. It will be held November 2-4, in Nashville, Tennessee. For more details go to www.aemp.org.

In a recent TED Talk, McChrystal explained how he had to change his ideas about organization and leadership to take advantage of the new world of Big Data. The situation he faced early in Iraq was what he called an “inversion of experience.” Suddenly and for the first time in military history, the guy with the stars on his collar wasn’t the guy who knew more than anybody else.

As a leader, McChrystal said, “I had to become more transparent, “willing to listen, willing to be reverse mentored. “And,” he added, “this isn’t easy stuff.”

“Reverse mentored.” If you get what that means, it’s time to get busy. If the Army can change, so can you. 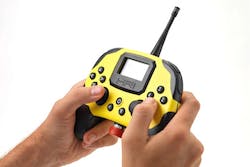 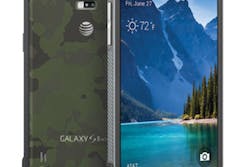 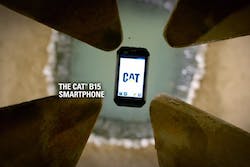