Google Glass won’t revolutionize the construction industry. Not yet anyway.

If you put aside all the coverage of Apple’s stock price and the company’s “uncertain future,” the biggest tech story going right now is Google Glass.

Just in case you’re unfamiliar with it, Glass is Google’s wearable computer currently in development. It’s a device that looks a bit like a pair of glasses without the lenses and projects the information you typically have to pull your smartphone out to view, into your field of vision.

It does this by placing a very tiny screen close to your eye. The frame of the glasses holds the screen, which looks a bit like a small crystal, just above your right eye. The device is navigated through voice commands and taps to the frame and can run Google searches, tell you the weather, give you directions and, perhaps the most widely advertised use, take photos and videos from a very unique first-person perspective. The utility of the device should expand, however. Just as they do for Android smartphones, developers are working on Glass apps.

Ever since it was first announced back in June of last year, Glass has garnered appeal based on its futuristic premise alone. Admittedly, integrating the data that we’ve come to depend on more and more directly into the world you see around you is a pretty amazing idea. It solves the problem of digging a phone or tablet out of a pocket or bag and it frees up our eyes and hands to concentrate on our surroundings.

Because of those things, I immediately saw the appeal a device like Glass could have to the construction industry and wrote a piece a couple of days after the announcement detailing a few construction applications that initially occurred to me.

The technical term for overlaying data onto real world scenes is augmented reality. And an augmented reality application that could take blueprints or 3D models and overlay them onto the project progress a worker on the jobsite is seeing could be really helpful. Beyond that it would save a lot of money on paper and free up a lot of hands. The built-in camera would likely come in handy for reporting progress or troubles from the jobsite back to the office. Being able to take phone calls, and compose messages and emails hands-free from the site would no doubt be helpful as well.

Recently I’ve noticed a few more writers echo my initial sentiments on how Glass could benefit construction. And while I think those applications are still very possible for a device to deliver and would no doubt help a lot of contractors out a great deal, it’s become clear now that Google Glass won’t be delivering them. At least not in its current form.

The first problem with Glass is that it’s not true augmented reality. True augmented reality is capable overlaying data or images on top of anything your eyes can focus on. Glass doesn’t fill your vision at all. It’s simply a little screen in the upper right-hand corner of what you see. That, combined with the fact that the Glass display is very small, just about eliminates any chance of using the device for viewing the details of plans on a job site.

Additional issues with the device, though mainly problematic from a consumer perspective, are more than likely the biggest hurdles it faces. As the New York Times noted in an article from May 6, Glass has a lot of people worried about its potential for distraction and violations of privacy.

The device hasn’t even been released and it’s already been banned throughout Las Vegas for obvious reasons. Legislators in West Virginia had preemptive talks about the device as well, mulling over whether to go ahead and ban its use while driving, noting that it has the potential to be just as dangerous as texting and driving. (Similar concerns are likely to be had by fleet managers when presented with the prospect of an operator wearing Glass.)

And while Google has attempted to assuage any privacy concerns with reassurances that using the device discreetly is fairly difficult since most actions are triggered by voice commands, developers are sure to hack their way around those constraints. As is the case with Android, Google has designed Glass to be developer-friendly and one developer has already figured out a way to make Glass take a picture whenever the wearer winks.

All of this suggests that Google might have to go against its open philosophy a bit and lock down certain elements of Glass to ensure that society doesn’t reject it altogether before it even hits store shelves.

The final problem, and this applies to both the consumer and enterprise markets, is price. Though a final price has not yet been announced, the initial models of Google Glass that are currently floating around were priced at $1,500. From the consumer perspective, it’s pretty obvious that’s too high. And while there might be some wiggle room from the enterprise perspective in some cases, the utility of Glass comes when all of your employees are equipped with it. Suffice it to say a fleet of $1,500 glasses whose main application in its current iteration is hands-free communication is not destined to sell very well among businesses.

I hate to be a negative Nancy when it comes to Glass. I wrote that first column a year ago on how Glass could help construction with quite a bit of excitement. And all of this isn’t to say another device won’t come along that accomplishes what we hoped Glass would. In fact, later this week, Google’s going to give its latest update on how the device is progressing at its Google I/O developer conference. Maybe we’ll hear something encouraging.

But as the device has progressed, it’s become clear that it has some major flaws that must be addressed if it, or any device like it, has any hope of making an impact in the consumer realm, let alone in an industry like construction. 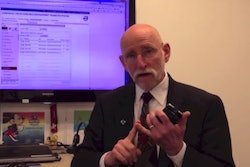 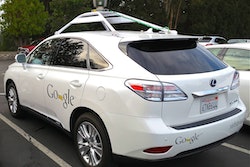 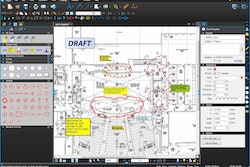 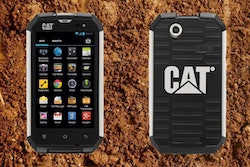 Behind the B15: The design process of Caterpillar’s rugged smartphone