Designed to thrive in harsh conditions

The HSC1 (heavy steer construction) and the HDC1 (heavy drive construction.) tires are built with a new rubber compound that fights back against the biggest threat to vocational tires – tread cuts, chips and chunks, and it also reduces the cut depths when damage does occur. Continental did this by increasing the amount of long chain polymers in the tire compounds, says Roger Stansbie, Continental’s director of tire technology for the Americas Commercial Division. These long chain molecules reinforce each other when cut as opposed to short chain polymers that will chip out more easily. The short chain polymers give you less rolling resistance and better fuel efficiency, which is important for highway haul trucks. But damage protection and longer lifecycles are more important to on/off road truck tires.

Tread patterns improve rock rejection and reduce the likelihood that small stones will compromise the casing.

When gravel and small rocks get stuck in the tread they can work their way into the tire’s casing and cause irreversible damage. To combat this Continental devised a tread pattern for the new tires with more lateral lines and larger voids around the tread blocks. The new tread better ejects the intruders and quickly sheds mud and dirt that might otherwise build up in the voids and rob you of the traction you need. The tread pattern also improves impact resistance.

The HDC1 features a traction grabbing open shoulder design with big lugs on the outside. The open shoulder lugs are beefy enough to resist deflection under side loads and reduce what the tire pros call the “gelatina” effect – the tendency of a deep tread to give the tire a wobbly feel, especially when side loaded.

Stiffened sidewalls and beefed up bead cords protect the tires against damage from curbs and obstacles.

To extend the service life Continental deepened the tread on the HDC1 by 2/32-inch, making it a full inch deep (109.5 percent more wear volume), and the HSC1 got an extra 1/32-inch for 113.8 percent more volume compared to previous models.

The VAI+ markings show you at a glance if you have alignment problems and let you know (when the + disappears) that you’ve reached the legal minimum tread depth.

Four-ply steel-belt construction on the new tires with improved second and third belts withstand pressure and fatigue and enhance traction. And Continental uses a 3+8 cord design for its steel belts on the new tires and plans to extend this 3+8 configuration to other models of tires where applications call for it. The design consists of a core of three strands surrounded by eight additional steel strands. One of the benefits of the design is that the space between the three strands is smaller than that of a conventional design with four strands bundled together. The smaller space means less chance for air and water intrusion in the tire and a more durable tire.

The bead design is critical as this is where the rubber meets the steel of the wheel and here Continental has increased the stiffness of the cords.

Continental’s VAI (visual alignment indicator) is also getting up upgraded to VAI+. The original VAI system was a built-in a mark on the tire shoulder. How it wore showed you at a glance whether or not you had toe-in or toe-out alignment problems, and reduced the time technicians spent in the shop measuring tire wear. The VAI+ design also adds a plus mark that disappears once the tire has reached the legal minimum tread depth. VAI+ is included in the HSC1 and HDC1 and will be included in new model introductions going forward.

A cross section view of the new tires shows a slightly taller contour, with less bulge in the sidewall. This has been done to provide greater resistance to deformation caused by radial forces and, like many of the innovations seen in the HSC1 and HDC1, will migrate to other new models when applications warrant it. 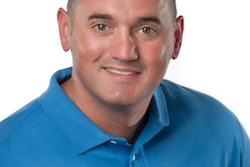 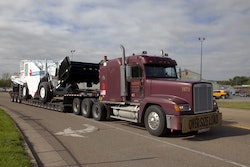 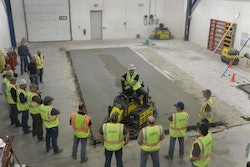