Unsafe surroundings: Unrecognized hazards could cause trouble for you – or for someone else 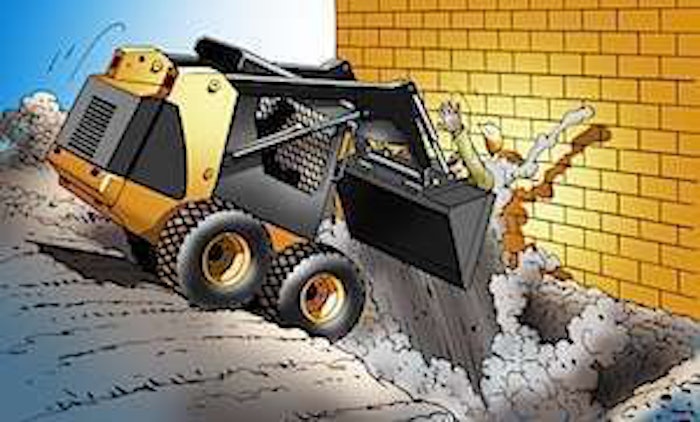 The accident: Two workers, a laborer and an equipment operator, were preparing an area for a new concrete slab adjacent to a building. The laborer was on foot, assisting the skid steer operator by direct- ing him into position in front of the building. The laborer signaled for the skid steer operator to stop the machine at the edge of the exca- vation and dump a load of gravel and sand. The skid steer rolled forward into the depression and tipped forward, pinning the laborer against the building by the bucket. Emergency medical services were called and transported him to the hospital, where he later died from his injuries.

Between a bucket and a hard place