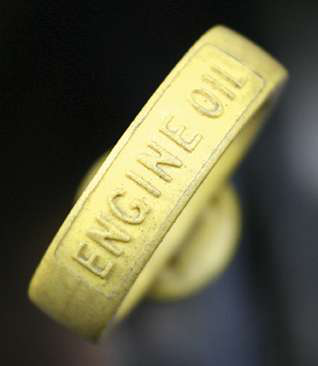 Seeing traces of coolant or fuel dilution in a lube oil analysis doesn’t necessarily mean what it did 10 years ago.

There’s no doubt that Tier 4 Interim and Final diesel emissions technology has drastically cut the pollution going out the exhaust stacks of heavy equipment. Same holds true for diesel truck engines manufactured since 2007. But this new engine technology, along with biodiesel, has brought new complexity to the art and science of engine fluid analysis.

Today, to understand what’s going on with your engines you have to know how all these new elements work and how they correlate to one another says Dave Tingey, field services engineer for Polaris Laboratories. “It’s like a three-legged stool. They all have an effect on the equipment.”

Of particular interest, he says, are how coolant leaks via EGR (exhaust gas recirculation) can impact lube oil quality and how biodiesel can throw of tests for fuel dilution. The interrelation of these elements makes fluid analysis more important and more useful than ever.

A good fluid sampling and analysis program can help you head off engine problems. And with a little extra effort you can use the results of your fluid analysis as a diagnostic tool for preventive maintenance.

Virtually all emissions compliant engines today include an EGR circuit that takes exhaust gas and pumps it back into the cylinders to reduce emissions of NOx. This gas must also be cooled and this is typically done in an EGR cooler that uses the same coolant as the engine.

“The biggest issue we’ve seen in the past couple of years, one that’s really come to a head, is the coolant,” Tingey says.

In the past, if oil analysis showed traces of sodium or potassium salts (from the coolant) in the lube oil it might indicate a leaking head gasket, cavitation on the cylinder liners or a damaged oil cooler. That still can be the case but with EGR you have a potential new source of coolant leaks.

“If your coolant isn’t maintained you could have coolant additive fallout,” Tingey says. “Those have a tendency to clog passages in the cooler, which in turn don’t provide the correct amount of heat transfer or heat rejection. You can get hot spots which could lead to thermal stress on the joints of the cooler or cracks in the material that let coolant back into the exhaust gas where it goes through the combustion process.” You’ll also see combustion byproducts in your coolant samples.

“Manufacturers have been addressing this by making the EGR coolers longer and bigger, but we still see an increase in coolant contamination in diesel engines,” Tingey says.

The coolant samples Polaris receives are also showing that communication about coolant changes in the shop are not always ideal, Tingey says. Many fleets are switching to extended life coolants, which provide better protection and last much longer. But in some samples they’re seeing it’s obvious that the shop has switched to ELCs but is still using SCA type filters, which add the old style additives back into the coolant.

“We recommend that twice a year, or a minimum of once a year, you do an advanced coolant test,” says Tingey. “These can help you determine if problems are a chemistry issue or mechanical issues. By monitoring coolant condition you can see more and identify whether you have a lot of degradation acids happening. That’s an indicator that your coolant is not doing what it is supposed to. A lot of times we will have recommendations in the comments section to do further diagnostics. And a lot of times people will call us.”

In one transportation fleet, Polaris identified coolant leaks at a severity level of 3 to 4 in 6 percent of the samples submitted. Catching coolant leaks earlier, at severity levels of 1 or 2 can prevent premature failure, according to Polaris. Fixing the problem at severity levels 1 and 2 may only mean replacing a leaking oil cooler, head gasket or EGR valve. But if the leaks are allowed to progress the coolant can attack soft metals such as copper and lead in the main and rod bearings.

A small amount of unburned fuel normally gets past the rings in a piston and enters the lube oil even on a healthy engine. The fuel will dilute the lube oil resulting in a loss of lubricity and a lowering of viscosity. Fuel contamination of the lube oil can also degrade anti-wear additives. Polaris says more than 14 percent of the engine samples it tested in 2010 showed fuel dilution levels high enough to flag.

Biodiesel attracts and holds water more than straight diesel and water can mask some of these problems. As a result, many labs are shifting to a gas chromatography test for fuel dilution, Tingey says, to get an accurate picture of fuel dilution. Biodiesel can also attract oil additives leaving less of these available to protect the engine.

Many municipal and government fleets are required to use biodiesel, and in some parts of the country regulations allow refiners to mix up to 5 percent biodiesel without labeling it as such. So you may be burning biodiesel and not know it.

When oil analysis shows fuel dilution reaching its limits, you change the oil and the problem is solved – temporarily. “Eighty-five percent of the people will change the oil and think they’ve fixed the problem, but it really doesn’t,” Tingey says. If the fuel dilution problem repeatedly tests out of range you can use this information to diagnose potential problems. In addition to coolant contamination, fuel dilution may also signal that the rings are worn or the fuel injectors may not be functioning properly.

Analyze before you buy

Fluid analysis is useful in spotting trends in the equipment you own. But it can also be valuable to take a one-time snapshot analysis of the fluids on any machine you are considering for purchase, says Tingey.

A seller can change the oil before selling a machine, which could mask problems, but they’re much less likely to change the coolant, Tingey says. If the coolant is in any way degraded and shows a possible combustion gas leak or something similar you know you may have an issue. That tells you if the engine is capable of maintaining its correct operating temperature.

How to safely buy, handle and store DEF this summer