The day you take delivery of a new machine is one of excitement and celebration. But this year, and in the future, the thrill of new iron should be tempered with a thorough plan to manage the new exhaust emissions systems that come with your Tier 4 Final equipment.

Exhaust emissions from diesel engines have been cut by more than 95 percent in the last decade. To get diesel exhaust this clean, Tier 4 Final engines above 74 horsepower use a technology called selective catalytic reduction (SCR) and need regular refills of a product you’ll be dealing with a lot – diesel exhaust fluid (DEF).

SCR technology is an ingenious marriage of mechanical engineering and chemistry. And the systems are designed to be transparent to the end user with minimal maintenance requirements, save for the DEF refills. But you need to be aware of several things:

• The amount of DEF you will need to run your Tier 4 Final machine.

• The most appropriate storage and dispensing protocols.

• The importance of DEF purity.

• How to keep your DEF clean.

(Note that diesel engines 74 horsepower and below don’t require SCR or DEF and use simpler technologies to meet their exhaust emission targets.)

DEF consumption is calculated as a percentage of fuel burn. Most OEMs claim 2 to 7 percent. So, an engine with SCR, on average, will go through two to seven gallons of DEF for every 100 gallons of fuel consumed. The variance is due to operating conditions and the balance OEMs strike between SCR and other exhaust emission technologies in the engine.

Most manufacturers size their DEF reservoirs to hold enough fluid to last through one to two tanks of fuel, says Brad Stemper, product manager, Case Construction Equipment. Backhoes and skid steers typically have smaller DEF tanks, and with intermittent use, they may only need refills once a week. Larger production machines that consume more may require DEF refills more often, so it’s best to monitor your equipment when new and have DEF available until you familiarize yourself with its consumption rate related to fuel use, he says.

The key point to remember is if you run out of DEF, your engine will derate to the point where the machine won’t be productive. Therefore, estimating how much DEF you will need is crucial to maintaining machine uptime. Running out of DEF is as shortsighted and as preventable as running out of fuel.

For a new Tier 4 Final machine, Van Wyk says, one strategy is to use off-the-shelf jugs of one or two and a half gallons until you have a good idea of your DEF-to-fuel ratio. This should only take a month or so to establish a baseline. Then you can start investigating more economical bulk storage and dispensing solutions to meet your long-term needs.

Once you’ve got your baseline established, you probably don’t want to continue using jugs of DEF except for emergency fills. Even though they may seem convenient, frequent refills from jugs increase the possibility of contamination.

Beyond individual jugs, DEF bulk containers come in a variety of sizes to meet just about every need – 50- and 100-gallon totes for service trucks, and trailered tanks that can hold from 500 to over 1,000 gallons of DEF to service large fleets. Smaller contractors with a handful of equipment can get tanks that fit across the bed of a pickup truck and hold both diesel fuel and DEF.

In selecting one of these options, it is important to consider future needs, says Van Wyk. “Take a long-term look at this. The technology is not going away. This will be a large part of your fleet management strategy over time. Have a solution that is scalable.”

Van Wyk encourages contractors to study their operations and decide whether to bring the machines to the DEF or the DEF to the machines. “Consider the cost of moving that machine across a jobsite to the DEF source versus a more mobile strategy,” he says. Also think about how you’ll handle DEF refills if you have multiple jobsites.

Regardless of the size or mobility of your DEF bulk handling equipment, you probably don’t want to purchase more DEF than you can consume in a year, says Jessica Shetler, product marketing manager for construction and forestry engines and powertrains at John Deere. “That puts it on a purchase schedule similar to your oil and coolants,” she says.

Contamination of DEF is one of the largest contributors to DEF system problems, says Miller.

Contaminants, such as dirt, metal or other fluids, not only reduce the effectiveness of the DEF, but can damage the mechanical operation of the SCR system and poison the catalyst.

DEF and ammonia are corrosive, explains Van Wyk. “If you inject any metals into that product, those metals get caught and build up in the catalyst. With continued exposure, that will break down the reactive centers in the catalyst and essentially rust the catalyst from the inside out. Once the catalyst is degraded beyond a certain point, it cannot be repaired. It has to be replaced.”

What’s the price tag for replacing an SCR system catalyst? You’re looking at upwards of $20,000. How much metal does it take to contaminate one? One-tenth of a teaspoon in 5,000 gallons of DEF.

(For more on DEF contamination see our article here.)

How to keep clean

To prevent contamination, DEF should always be transferred in a dedicated container that is compatible with DEF. Keep the container closed when storing or transporting DEF and clean the area around the fill neck when refilling the DEF tank to ensure debris doesn’t enter the tank, says Shetler. This generally means stainless steel, polypropylene or high-density polyethylene tanks, says Shetler. All hardware, pumping components and fittings should likewise be stainless steel or approved for DEF handling.

The corrosive nature of DEF means it can degrade metal and painted surfaces, much like road salt degrades car bodies, she says. So, wipe up any drips or spills that fall on the floor or machine surfaces.

Also note that DEF is two-thirds water, so it will freeze. “It doesn’t affect the quality of the DEF, but keep in mind, if you go out to refill your machine in the winter, you may encounter a chunk of ice in your DEF supply,” Shetler says. You can prevent this minor inconvenience by storing DEF where it stays above its freezing point of 16 degrees Fahrenheit.

If you are using DEF in gallon jugs, dispose of the jugs after use. Don’t attempt to refill them, as this will increase the chances of contamination.

The industry standards for DEF storage and handling are detailed in ISO Standard 22241-3.

“The highest point of risk is the individual who is putting the DEF into the machine,” says Van Wyk. “You have to employ technology and education to make sure they do it right. It’s easily taken for granted. The way you handle DEF from a bulk supply to the machines will have a profound impact on how that machine operates, its service time, longevity and downtime.”

Your education efforts may have to dispel some old habits and myths as well. “Diagnostics used to be about being able to listen to the engine and watch for smoke,” says Shetler. “But those levers aren’t available anymore.” Today it’s telematics and digital diagnostics that tell you how the machine is performing and give you early warning signals, she says. And those are all built into the operator’s dashboard.

“Operators need to understand and know where the DEF-level gauges are,” says Stemper. “They need to understand that Tier 4 Final equipment is not built to idle like old school engines of the past, and that extensive idling has negative, long-term effects on the engine as well as total operating costs. They need to understand the warning lights and symbols. Whether it’s an SCR system running low on DEF or a CEGR (cooled exhaust gas recirculation) system in need of manual regeneration, you just can’t blow through those warnings. Education of all maintenance and operating staff won’t take much time, and it will be critical to long-term success.” 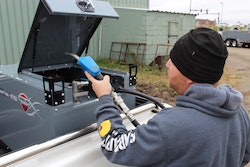 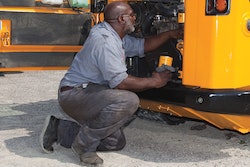 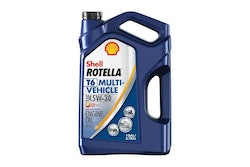