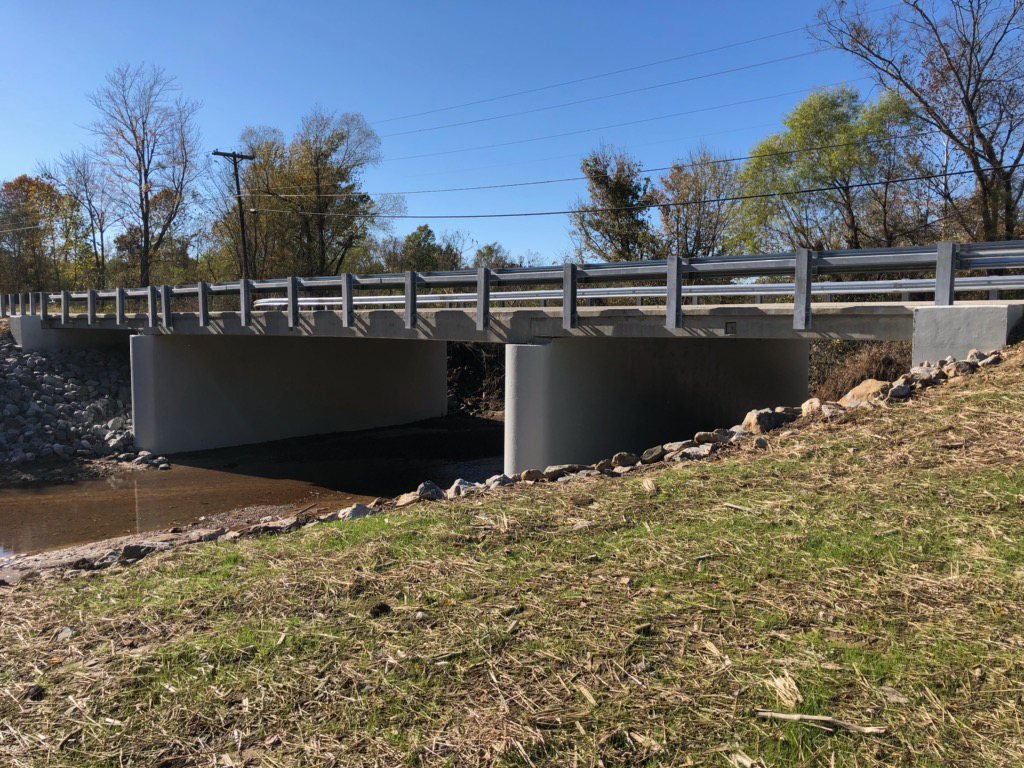 The Kentucky Transportation Cabinet (KYTC) reached a major milestone with the completion of the 100th bridge restoration project through its Bridging Kentucky Program.

The 100th bridge, a three-span bridge that carries KY 339/Clinton Road across Massac Creek, is located in southern McCracken County in Western Kentucky. The $1.1 million project, completed by Harold Coffey Construction Co., started in mid-August, and the bridge reopened to traffic two weeks earlier than planned on November 1.

The six-year Bridging Kentucky Program, which was launched in 2018, has a goal of replacing or rehabilitating more than 1,000 bridges by the program’s end in six years. With the 100th bridge in the books, the KYTC awarded a $93.3 million contract to restore the next 106 bridges through a design-build project that spans 21 Eastern Kentucky counties. Construction should begin by early 2020, and all should be finished in late 2023.

“This bridge replacement is a terrific example of the impactful progress this program has made in a little more than a year,” says KYTC’s Program Manager for Bridging Kentucky Royce Meredith in a press release. “The state is working hard to reopen closed bridges, eliminate weight restrictions that limit travel, and restore critical crossings throughout the state.”