The REALLY big show: next year’s bauma now 2.5 times the size of ConExpo

Slated for April 8-14 in Munich, Germany, the massive bauma show continues to grow. It’s square footage is now more than 2.5 times that of ConExpo-Con/Agg 2017, according to show organizers.

“The industry is booming, which is reflected in the growth of bauma,” says Klaus Dittrich, chairman and CEO for Messee München. “We’ve taken account of the rise in demand and expanded our site in eastern Munich to 614,000 square meters (6.6 million square feet). Our aim is to offer a platform to as many exhibitors as possible.”

Expanded to 18 halls, the exhibition boasts 2.1 million square feet of indoor exhibit space and an additional 4.5 million square feet  of outdoor space. A new hall and fairgrounds map (see below) shows the division into individual exhibit sections and highlights changes. For example, large sector construction machines and attachments was expanded to five halls and an additional outdoor area directly next to the hall complex.

Mining will continue to play a significant role in the show: 20 percent of the exhibitors offer mining equipment and 24 percent of the visitors at the last show were from that sector. “We included mining equipment 15 years ago because many  manufacturers produce machines for both the construction side as well as the mining side,” Dittrich says. New for 2019 is underground mining.

To highlight the introduction of new equipment, the show sponsors the bauma Innovation Awards. The five award categories include machinery; compounds and digital systems;  construction work, construction method, and construction process; science and research; and design. Nominees will be announced in late January and awards will be presented on April 7 as part of the opening ceremony.

The show also has a new digital platform for exhibitors. For the first time, visitors to Hall B0 will be able to experience virtual and augmented reality. A combination of images, sound, and sensor feedback such as wind will make that possible. “The booths have size limits, but the digital area is limitless,” says project manager Mareile Kastner.  In addition to the VR hall, many exhibits throughout the show will include a virtual reality perspective on machine maintenance.

To accommodate the VR space, the “THINK BIG!” exhibit that showcases career opportunities for students has been moved to the International Congress Center Munich (ICM), neighboring the VR exhibit at the west entrance to the trade show. The hall includes simulators, video games, and live presentations to attract students.

Dittrich estimates that between 15,000 and 20,000 students visited the show in 2016. “In Germany, we are running out of young talent,” says Joachim Schmid, managing director German engineering trade association VDMA. “We have a whole hall to present the young people with the fascination of our industry. It’s a great success.” He adds that the show works with local schools to attract student attendance, but the exhibit also enjoys word-of-mouth and social media promotion from those who come over the course of the week. 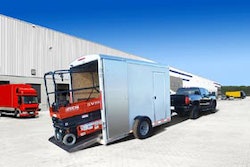 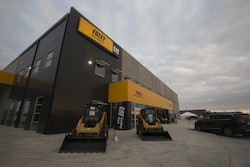