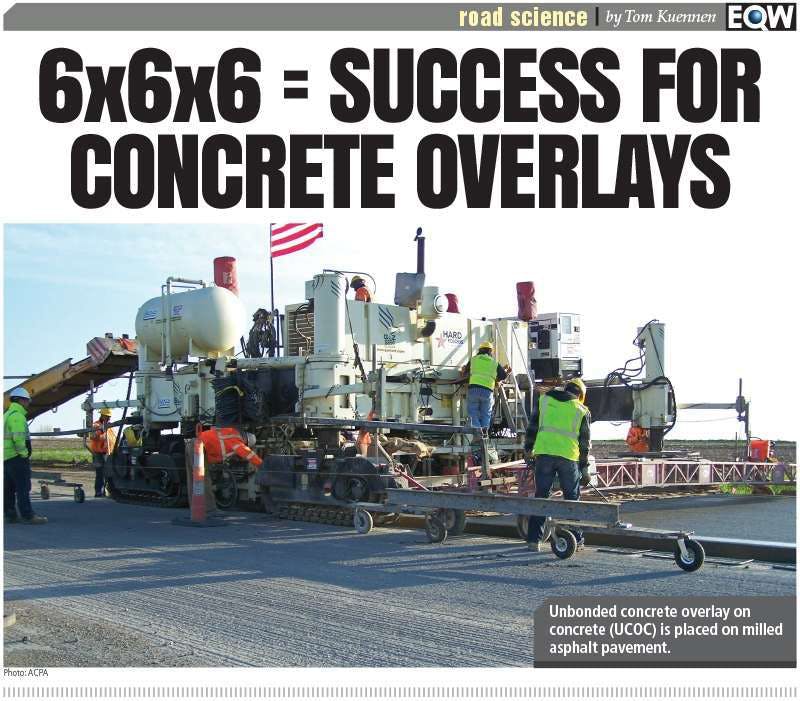 New methods, concepts, materials and even new terminology are changing how concrete overlays are being promoted, designed and built.

The industry has developed an optimal joint configuration for concrete overlays, 6x6x6 for short, describing panels that are 6 feet long by 6 feet wide by 6 inches thick. This standard configuration minimizes moment axle loadings, which in turn, reduces slab curling. While not completely universal this configuration is applicable for a wide array of projects from the national highway system to county roads.

New materials support an emphasis on optimum durability rather than compressive strengths. A new emphasis on closely gauging maturity of fresh placements – opposed to accelerated curing – is changing how quickly concrete overlays are opened to traffic.

For example, in a 2014 Transportation Research Board paper, authors Kivi, Tighe, Fung and Grajek cite the example of Toronto.1 The city attacked rutting and shoving problems that refused to respond to regular maintenance. Their research showed concrete overlays and inlays are excellent rehabilitation options for urban pavements subjected to volumes of traffic. “The pavements are in very good condition visually, ride quality remains excellent and the recurrence of the regular rutting and shoving problems that were being observed prior to rehabilitation has been mitigated,” the authors say.

Thinner overlays of portland cement concrete remain a high priority for the concrete paving industry, but while hyperthin PCC overlays have been placed as pavement preservation measures, they are uncommon and most overlays don’t approach the thinness of as little as 1 or 2 inches the National Asphalt Pavement Association is promoting with Thinlay.

“There are no hard and fast rules as to what’s thin or not, but I would say 4 to 6 inches constitutes the thinner side of what we do,” said Jerry Voigt, president and CEO, American Concrete Pavement Association.

He added the volume of these thinner concrete overlays has increased in recent years. “Our volume of paving fluctuates every year, and we monitor that,” Voigt told Equipment World. “We also monitor overlays, and we now are between 10 to 15 percent of our total volume of paving now in concrete overlays. Eight to 10 years ago it was less than 5 percent, so we are excited about that growth. And half of today’s overlay volume is 6 inches or less.”

Also, ACPA has seen a dramatic change in application of overlays. “We’ve seen a shift in concrete overlay placement,” Voigt said. “They used to take place mostly over concrete. Now they’re mostly over asphalt. Some two-thirds of the concrete overlays being placed are going down on asphalt pavements.”

This growth in thinner concrete overlays takes place as the industry refines designs and terminology. “In the day, we used the term ultrathin whitetopping, which generally was used for concrete on asphalt,” Voigt said. “People still use those terms, but we have de-emphasized them. We prefer to talk about concrete overlays being bonded or unbonded, or on concrete or on asphalt.

This has led to new terms describing concrete overlays:

In general, bonded concrete overlays over asphalt will be thinner, and unbonded overlays over asphalt will be thicker. Composite pavements offer their own advantages, ACPA says. “You can take advantage of the asphalt cap,” Voigt said. “Typically, if an unbonded overlay is being placed, an interlayer of fabric or thin asphalt overlay will be required. With composite pavements you already have the asphalt layer there.”

On unbounded overlays, the concrete serves as a base layer, as opposed to actually carrying the load, says ACPA’s new technical services engineer, Eric Ferrebee. “The interlayer or bond-breaker distributes stress to the lower layer, but the base does not carry the load directly,” he says. “If it’s bonded, then the design requires the existing or bottom layer to carry more of the stresses, so you don’t have higher stresses in the overlay.”

Today’s concrete overlays are engineered projects that involve evaluation field work to obtain cores, and to judge existing conditions and materials. These data determine, for example, whether to bond or not bond a concrete overlay.

This primarily depends on the condition of the exsiting pavement and whether it will carry part of the load of the overlaid structure, Voigt says. If it’s in good shape, you can use a bonded overlay. If not, an unbounded overlay is best.

Bonded overlays typically have been placed with a cement-in-water “grout” spread between lifts, but current practice has the grout eliminated and the concrete placed directly on the existing pavement. “It still will bond to concrete and older, oxidized asphalt,” Voigt said. “With newer asphalt, the surface may be milled, swept and blown to keep it clean. With concrete as well as asphalt bases, keeping them clean is the key.”

In unbonded overlays, the “bond breaker” or interlayer prevents the base layer from interfering with the performance of the overlay. The industry now is turning more to fabric interlayers instead of thin asphalt layers Voigt says. Typically this fabric will be around a quarter to a half-inch thick and helps cracks or joints in the underlying layer from reflecting to the surface layer. It also can help drainage, reduce bearing stresses and the effects of traffic loads, according to The Transtec Group.

Transtec says benefits include lower cost for material and installation, installation rates exceeding that of paving, and ease of construction, with placement requiring a minimum of training and equipment.

Concrete will always crack as it cures, and the point of providing sawn joints is to control where it cracks. The industry has used a variety of joint configurations and recently has determined the 6 feet long by 6 feet wide by 6 inches thick joint configuration provides optimum overlay performance under most circumstances.

“One of the ideal benefits of having a 6x6x6 panel is that a joint always will fall between the wheels of an automobile,” ACPA’s Ferrebee said. “Because of that, we always will have one axle per panel at any time. That reduces the stress each panel will experience, keeps stresses at a reasonable level and our pavement in service longer.”

“Because the slabs don’t bend or flex so much, you can have a thinner slab stand up to the same truck loadings,” Voigt says.

Sawing of joints should take place as soon as the pavement has gained enough strength to resist raveling. Crack control joints can be one-third of the slab depth. By closely observing the curing of the slab, traffic can be allowed on the pavement without waiting for full compressive strengths to develop; that eliminates much of the need for accelerating additives in concrete overlays, Voigt said.

Another recent concrete overlay technology transfer from the industry/FHWA scan tour in 2006 that is gaining hold in the United States is two-lift paving, dubbed 2LCP, in which wet concrete is placed on wet concrete. The two lifts form a monolithic slab as they cure and set together.

Generally, the bottom layer, or bottom lift, consists of lower quality concrete, which can include locally available aggregates not suitable for surface use or recycled aggregates, according to Dr. Peter Taylor of the National Concrete Pavement Technology Center at Iowa State University, at a workshop in late 2013.

Higher-quality materials are used in the top layer or top lift, he added. “The top lift is generally the thinner of the two layers,” Taylor said. “As a result a lower volume of high quality concrete is needed. A high quality top lift provides better durability and skid resistance.”

2LCP is constructed as wet-on-wet concrete that not only helps to achieve better bonding between the layers, but also reduces the differential shrinkage problem, he added.

This technique is being used now on reconstruction of the Jane Addams Memorial Tollway (I-90) – linking Rockford, Illinois, with O’Hare International Airport – by the Illinois State Toll Highway Authority. There, processed and tested fractionated reclaimed asphalt pavement is being used in the base. Dubbed “black rock” by the tollway authority, it enhances the “green” aspect of two-lift concrete paving. 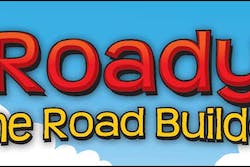 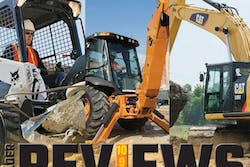 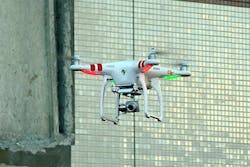 FAA drone rules OK most construction uses, but put a major one in question 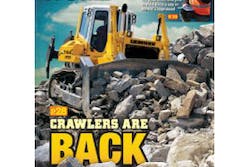