While excavating for plumbing trenches on the jobsite of a high-rise apartment complex in the Seattle, Washington neighborhood of south Union Lake, a construction worker uncovered what may be the greatest archaeological find in the city’s history.

And he did it with just a shovel.

Transit plumbing worker Joe Wells moved a pile of dirt with his shovel last week and saw what looked like a tusk, according to a report from the Associated Press. Wells stopped working and told the general contractor on the job.

The tusk was discovered between 25 and 30 feet below ground and is a rare find. The tusk is likely from the Columbian mammoth, which is considered the state’s fossil since similar tusks and even a tooth have been found in the state. Mammoths were an ancestor of the elephant that roamed parts of North America not covered by ice. By the end of the Ice Age, they were wiped out.

Archaeologists hope that title won’t downplay the importance of the event. Finding such a fossil is still extremely rare and hard to do. For instance, the last time a tusk was discovered in Washington state was in 1977 in Sequim, the AP reported.

In the end, it was up to the owner of the land the tusk was found on in regards to what to do with it. He decided to donate it to the Burke Museum of Natural History and Culture at the University of Washington.

A team from the museum was placed in charge of the tusk’s excavation. When it was fully unearthed, the fossil was measured at 8-1/2 feet long and is estimated to be between 20,000 and 60,000 years old.

In the meantime, construction work on the apartment building has been put on hold. Owner of the development, Scott Koppelman of AMLI Residential, told the AP that the benefits to Seattle “outweigh the costs.”

You can watch video of the discovery below. 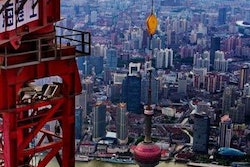 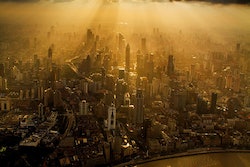 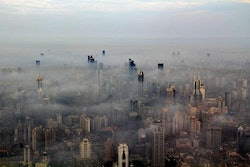