New York City’s Metropolitan Transit Authority is in the process of installing a two-mile steel wall to protect a line of subway track from future storm damage.

“Constructing this sheet wall along Broad Channel will protect tracks from future storm surges,” according to the caption of the above photo from the MTA’s Flickr page. “Each 40 ft sheet is buried 33 feet down, leaving 7 ft of wall to protect tracks from surges and debris.”

The city’s A subway line, which crosses Jamaica Bay to the Rockaway peninsula, was badly damaged by Hurricane Sandy. The new wall will run on the eastern side of the tracks on Broad Channel, an island in the Bay.

According to Business Insider, the project will cost $38 million. The section of the train that took damage in the storm has been out of service since the storm hit in October. 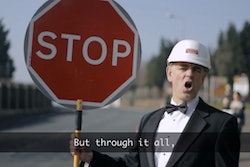 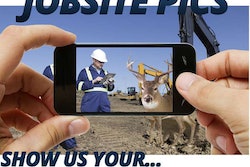 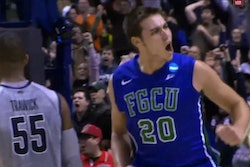