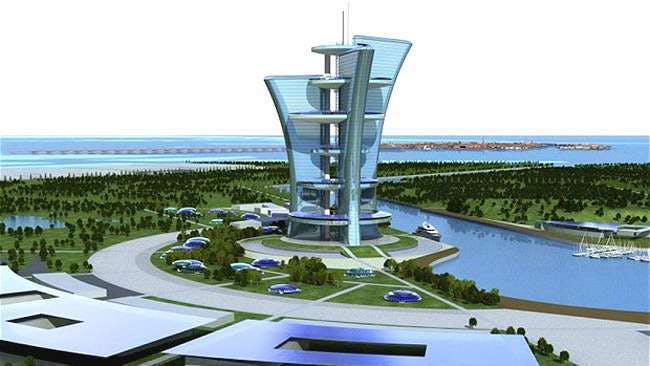 Cardin has proposed an 820-foot, 60-story pirouette of glass and steel, called Palais Lumière, which would be located at Porto Marghera and include hotels, 284 private residences, a shopping mall, hanging gardens, a panoramic restaurant, swimming ponds, and a helipad.

Cardin plans to create the structure as three towers linked by six discs. The design is inspired by a hooped white skirt he designed.

However, not everyone wants to see this skyscraper in Venice. Some worry the size of the structure will require foundations deep enough to break into the aquifer and compromise the lagoon. Concerns likely come from the city’s sinking over time, which decades of pumping at the lagoon have contributed to .

Additionally, several of Italy’s prominent architects and art historians have petitioned President Giorgio Napolitano to stop the $2.6 billion project. In order for construction to begin, the Italian Culture Ministry will have to approve it.

If the project is approved, construction is set to begin early in 2013. 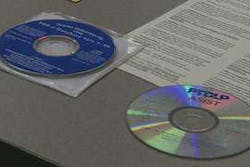 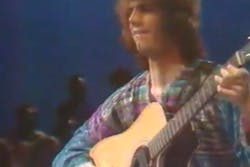 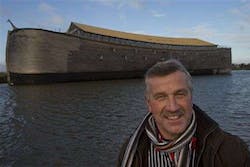 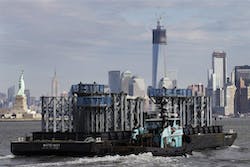