The scientists manning the Norwegian research station in Antarctica, known as “Troll,” came to crawler carrier manufacturer Prinoth in 2018 with a problem.

They needed a way to haul large loads with fewer personnel and create as little impact on the environment as possible. That meant a fuel-saving and lower-cost solution.

So with the undercarriage of its Panther series crawler carriers as a model, Prinoth developed a machine able to carry 120 tons in one load about 185 miles from seaport to the station, said Prinoth engineering director Eric Steben during a media event at this month’s ICUEE show.

For about a year, the machine has been transporting equipment, fuel, supplies and parts to the station, which is staffed year-round. The station is being used for research in meteorology, glaciers and seismology, among other studies.

The Prinoth machine uses large rubber tracks and a trailer that is also self-propelled. It can haul loads, as well as pull containers on sled-equipped trailers, and is equipped with a self-loading crane. The design was focused on traction and weight distribution and an ability to operate on all types of surfaces.

It took about a year to develop, Steben said.

“So far the machine has run for almost one year,” he said. “It’s still proving that it’s a very good solution.”

The company plans to send a team next month to study how it can improve the machine and further develop it for other countries and projects.

“We were very proud to be part of this project,” Steben said.

To watch a video of the massive crawler carrier in action, see below: 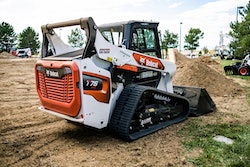 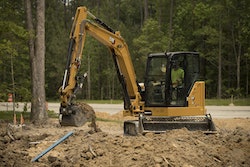 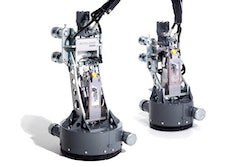 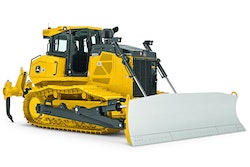