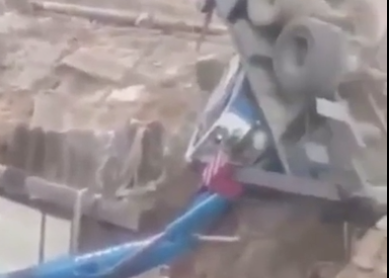 While attempting to load a backhoe down into a trench, this crane operator bails from the cab just before his machine plummets in after the backhoe.

It’s unclear what was more dangerous: the attempt to lower the backhoe, or the trench itself.

Note: If the video embed doesn’t appear above, or if the embed itself doesn’t work, here’s a link to the video on Reddit.