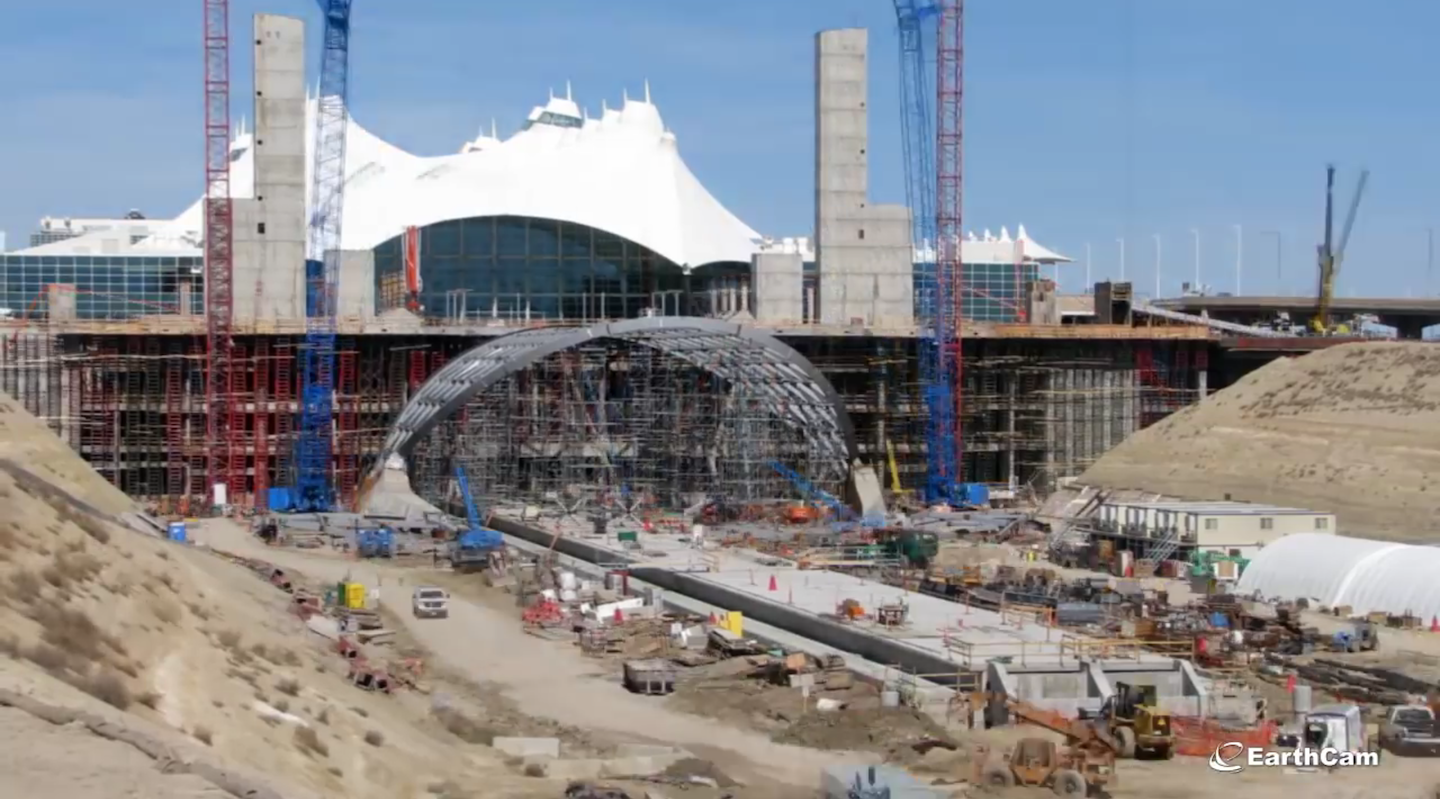 In the fall of last year, the Denver International Airport completed construction on its South Terminal Redevelopment Project which brought with it a new Hotel and Transit Center.

According to Road Warrior, the three-year project cost an estimated $580 million and features a Westin Hotel, an 82,000 square-foot open-air plaza and a commuter rail station scheduled to open next month.

Though the design of the transit center has proven to be a bit controversial, the time-lapse below, put together by EarthCam of course, is a fun watch. The video chronicles the entire project from pre-foundation to completion in only 90 seconds.