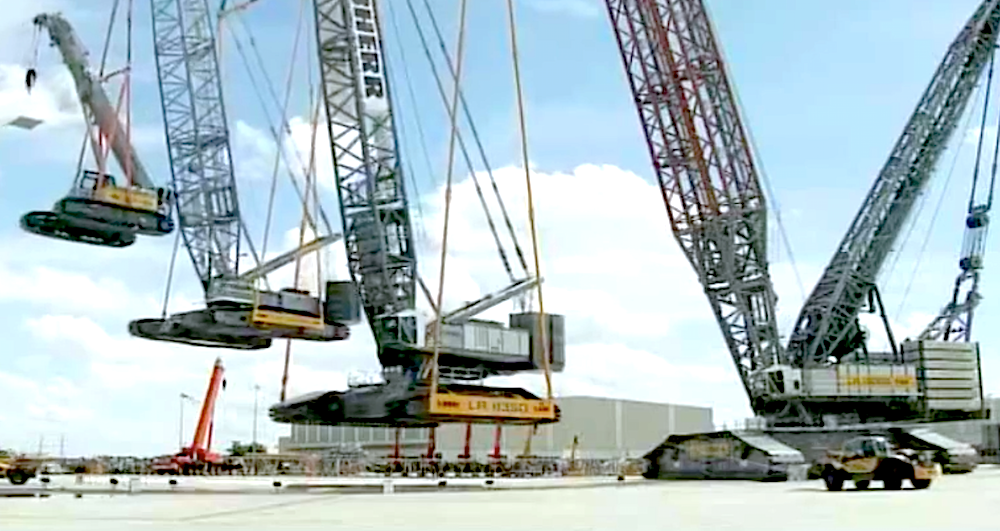 In one of the coolest machine demos we’ve ever seen, Liebherr chose to show off the capabilities of its crane lineup in 2012 with a stunt that looks as if it were inspired by the movie “Inception.” We start with an LTR 1100 lifting a scale model into the air, followed by an LR 1350 lifting both of those, and so on until an LR 13000 pickups everyone up. It’s impressive to say the least, but when you consider that it was thought up by the folks who figured out how to make an excavator to climb a tower and do a handstand, it isn’t all that surprising. Check out the video below.