With this DeLorean/Chevy Blazer monster truck conversion, who needs to go Back to the Future? 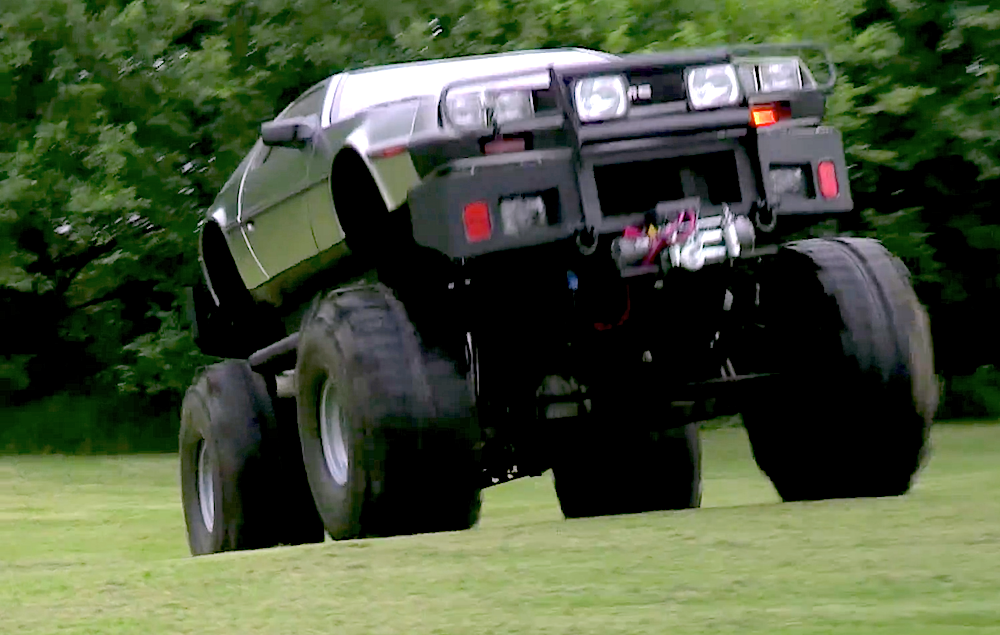 Though the car was a complete commercial failure, over the last three decades the DeLorean has been able to achieve iconic status thanks to the Back to the Future movies where it was used as a time machine on four wheels. Rich Weissensel is one of those rare cats that genuinely loves the stainless steel car for what it is, and after meeting inventor John DeLorean 14 years ago, began making all kinds of crazy customizations out of wrecked DeLoreans he was able to save from the scrap heap.

Since then he’s built a DeLorean limousine, hovercraft and even a replica time machine from Back to the Future. But none of these creations are more impressive than his first—especially when considering that it only took Weissensel one month to build. The monster truck conversion was built with a DeLorean body on top paired with a Chevr0let K5 Blazer chassis and a 12-inch lift kit. Check out video of this oddly satisfying Frankentruck below.