The Hydrostatic Revolution: How crawler dozers became infinitely more versatile when stripped of their gears 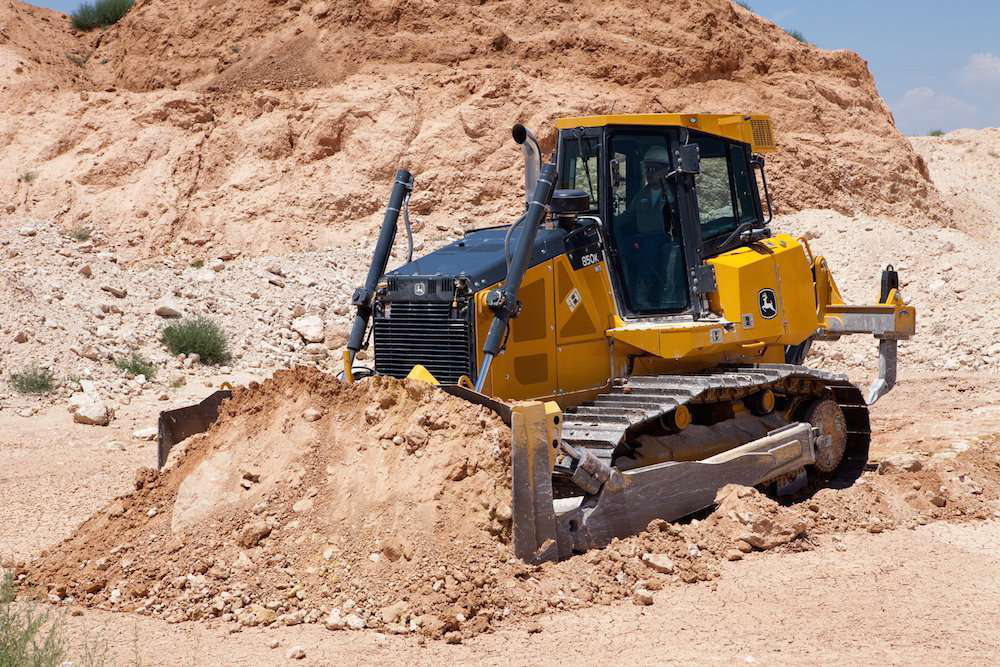 Once known as one of the more difficult earthmoving machines to master, the crawler dozer­­, with the right technology, has become one of the easiest to run.

The difference? In just 10 years, hydrostatic transmissions have come to dominate dozers in the under-130 horsepower class. That combined with GPS machine control have turned what was once a bucking mule of a machine into a smooth mover that can take down mountains or skim the last few millimeters of dirt off the site as well as any motor grader.

John Deere has been at the vanguard of this revolution. It introduced the first dual path hydrostatic dozer in 1976. Above about 160 horsepower, most other OEMs (except Liebherr) switch to torque converter or mechanical transmissions. But Deere’s lineup is 100 percent hydrostatic right on up to its biggest model, the 335-horsepower, 77,000-pound 1050J.

So we traveled to Moline, Illinois, to talk to Deere’s dozer experts to get a better idea on why hydrostatics have come to dominate the dozer world and what benefits they offer. Here’s what they told us.

No gears, no limits

The first and most obvious benefits to a hydrostatic transmission in a dozer is that you have no gears, says Mark Oliver, crawler dozers product marketing manager. That translates into infinitely variable speed control.

If you’re just pushing dirt on flat ground in a straight line, the advantages of a hydrostatic drive dozer are obvious, says Keith Wilson, product consultant, crawlers and crawler loaders, because you don’t have to shift gears. The crawler automatically slows down as the blade loads up and speeds up as the load sheds off. You don’t get that slight loss of momentum that comes with the shift. On slopes, turns under load, and for GPS and final grading applications, the hydrostats shine.

“If you are set at a speed and encounter a change in the load, the operator doesn’t have to do anything to downshift,” Oliver says. “The machine will automatically manage the power to maintain that load. When it comes to live power turns, if you have a full blade of material you don’t lose performance in in that turn, and that’s very important.”

Hydrostatics also bring the benefit of dynamic braking. You simply ease off the throttle and hydraulic pressure within the system will bring the machine to a stop. “If you’re going up a slope and stop, you stop,” Oliver says. “There’s no rolling backward because the hydrostatic system will keep the machine from rolling back.”

Torque converter style machine dozers have a deceleration pedal, but they also have a brake pedal which requires two feet, says Wilson. On a hydrostatic you only need one foot for the decel pedal. This makes operation on side slopes, when you need that other foot to brace yourself, less awkward.

One of the beauties of hydrostatic transmissions is the ability to electronically program on the display monitor in the cab how you want the machine to operate. “You can go in and make that tractor feel like two or three different tractors,” Wilson says.

You can program the shift breaks and dial in the machine to the operator’s preference. This includes things like the sensitivity of the joysticks and the decel pedal and steering modulation. If the machine has an electro-hydraulic valve you can change the way the blade feels and responds, Wilson says.

One of the more challenging jobs for a dozer is laying pipe in a trench. Here the machine needs to creep slowly forward while pulling a load that’s weighted off balance on one side of the machine.

“You’re trying to ease the pipe down and inch the machine forward. You’ve got guys down in the trench and for safety reasons you don’t want the machine lunging forward,” Wilson says. That’s where the infinite speed control plus the ability to simultaneously operate a hydrostatic winch comes in handy.

“In one mode you can control track speed and engine speed,” says Wilson. “When you’re coming close to the end you can push the decel pedal and engine and track speed both come down. In another mode with a push of a button you can decouple the engine speed from the track ground speed. The engine speed and the hydraulic flow to the winch and blade remain constant, but you can slow your track speed to a crawl.”

The rapid adoption of hydrostatic dozer transmissions in the last decade is testament to their benefits. But the merger of hydrostats and GPS machine control has radically transformed the way dirt can be moved today and the type and number of machines you need to move it. The two technologies, it seems, are a match made in earthmoving heaven. 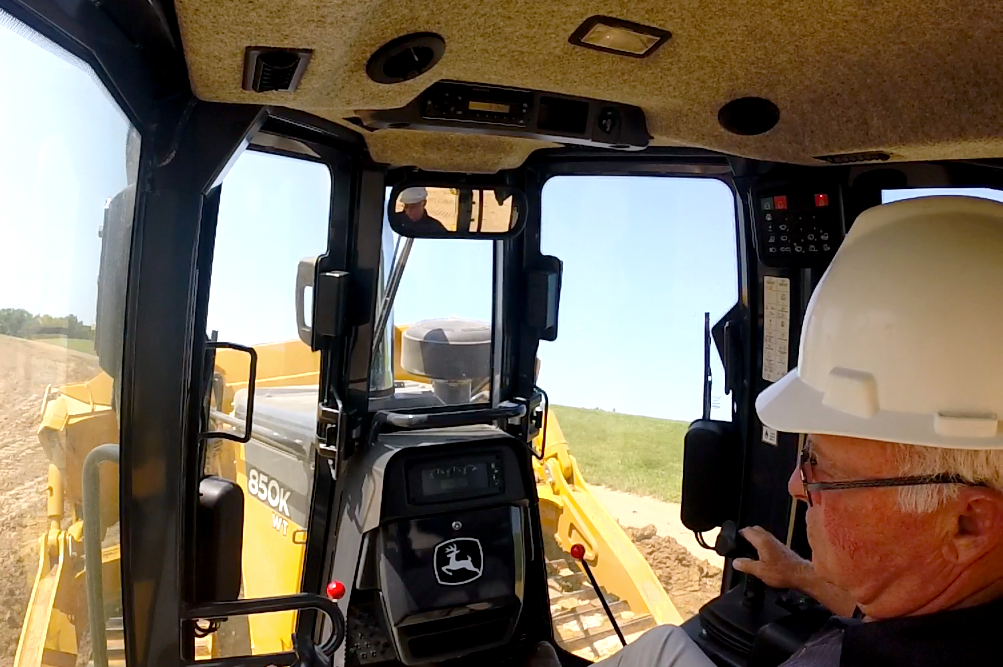 The versatility of using different modes and feels and the infinite speed control fit perfectly with the finish grade accuracy provided by GPS machine control, says Oliver. “Because you can fine tune the speed, you have a lot more control he says. “And you can grade at a faster speed when you don’t have to choose between a higher and lower gear.”

“With constant hydraulic flow and constant speed you can dial it down a couple tenths to eliminate blade chop,” says Hermsen. “With a torque converter, if the load changes, it lunges. Power management handles all that for the operator.”

Not that long ago, contractors typically had a big dozer for the bulk earthmoving and a small dozer, or a motor grader to do the finish work, Oliver says.  With hydrostats and GPS, you only need the one big dozer to do everything from the heavy pushing down to the final passes. “Contractors are a lot more efficient this way,” he says. “We’re seeing a lot more grade control being installed on big machines that are multifunctional.”

In a time when skilled operators are in short supply, another benefit of the marriage of hydrostatics and GPS is the ability to make less experienced operators more proficient in less time and make your experienced operators even more efficient. “Typically your best operators on the job are running dozers and motor graders and they have been in the dirt moving business for many years, Oliver says.