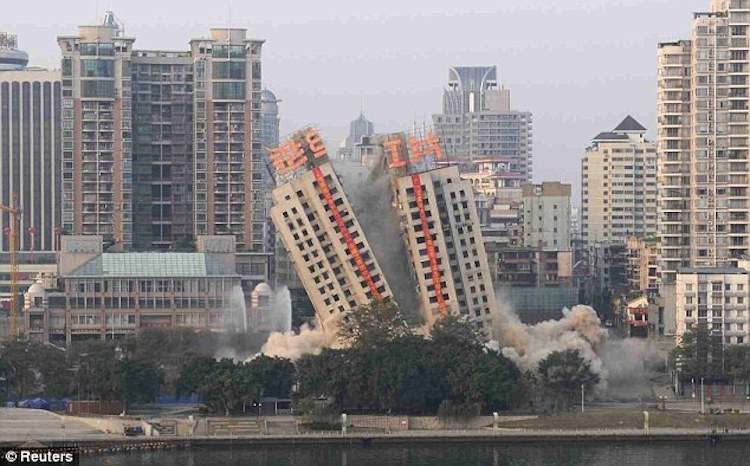 Back in December 2009, crews got to work on the demolition of a 22-story residential tower in the city of Liuzhou in southern China. But things didn’t go exactly as planned. As the Daily Mail reported at the time, the implosion of the building successfully broke the building into two parts as planned—but failed to bring both of those parts down. The result was one half being reduced to rubble while the other half of the building teetered to one side in the city skyline. The photo taken from the street level below is pretty amazing as shoppers go about their business. 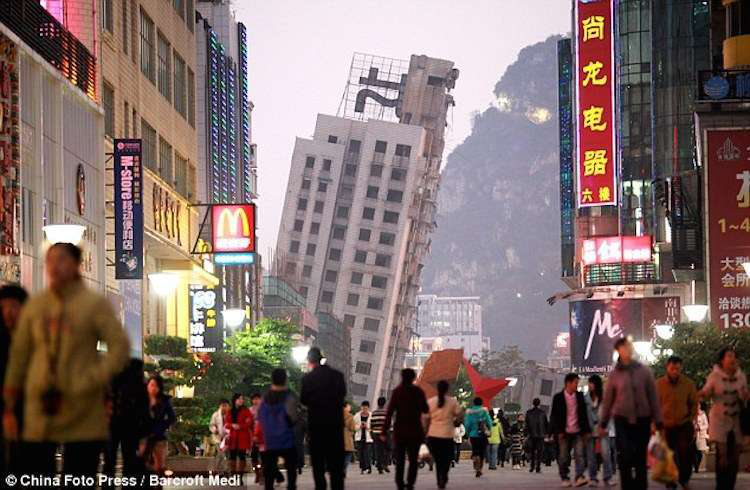 The second half of the building was later demolished using a crane. You can watch video of the failed demo below.