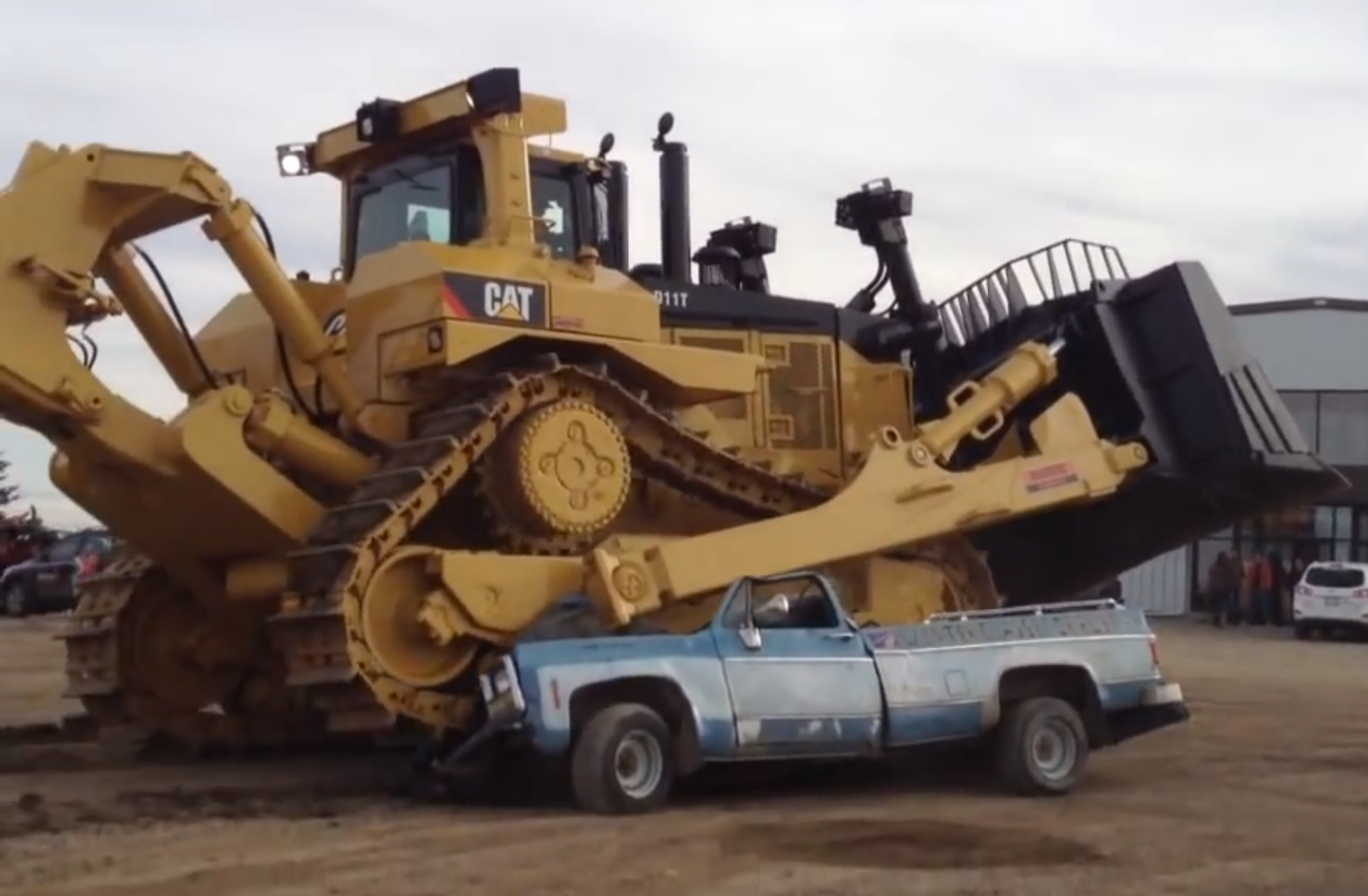 Gotta love Canada. As you’ll see in their half-hearted play before the good stuff actually begins, this particular group of Canucks was heartbroken that the start of hockey season had been delayed. So, they decided to take their aggression out on the poor old Chevy pickup that happened to be nearest them. What did the Chevy do wrong guys? It let you paint words and hockey logos on it. It was going to transport you to your hockey game. And this is how you repay it? By crushing it with a Cat D11T and filming it from two angles (one camera is just above the track) to make sure all of the carnage was seen?

If this kind of thing is the result of Canada not getting their way in hockey, maybe its a good thing the U.S. lost to them in the last two Olympic tournaments… Watch the video below.