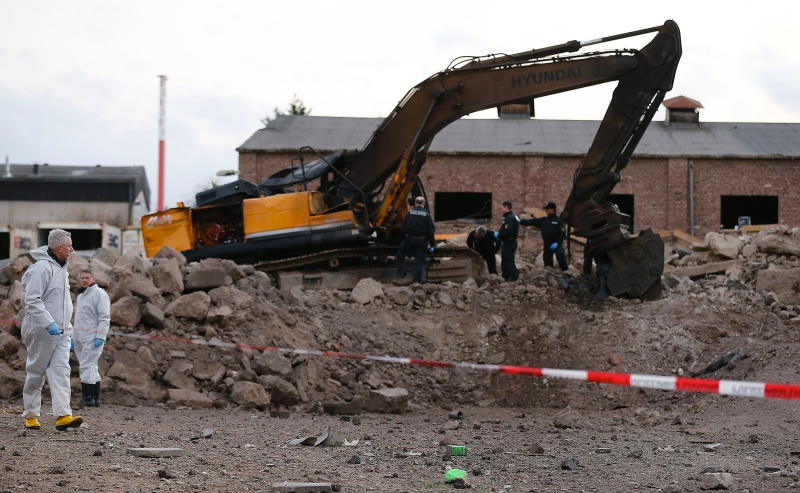 The operator of an excavator in Euskirchen, Germany was killed Friday by the blast of a buried World War II bomb.

The operator was crushing rubble on a disposal site used by a local construction firm, according to a report from Bild.de. The bucket of the machine hit the bomb, resulting in an explosion so large it damaged buildings within a 1,300-foot radius.

The excavator operator was killed instantly and 13 others nearby were injured, two of them seriously.

The blast caused a shower of stones in the vicinity and was so large that it registered a reading of 0.6 on the Richter Scale at the University of Cologne’s Seismological Station 31 miles away in Bensberg.

Officials are unsure whether the device was a bomb or a mine. Bombs dropped from the air during the war are rare because few failed to detonate upon impact. However, unexploded WWII-era bombs are frequently found in Germany though most were never used in combat and rarely explode when discovered. Video of the aftermath is below.