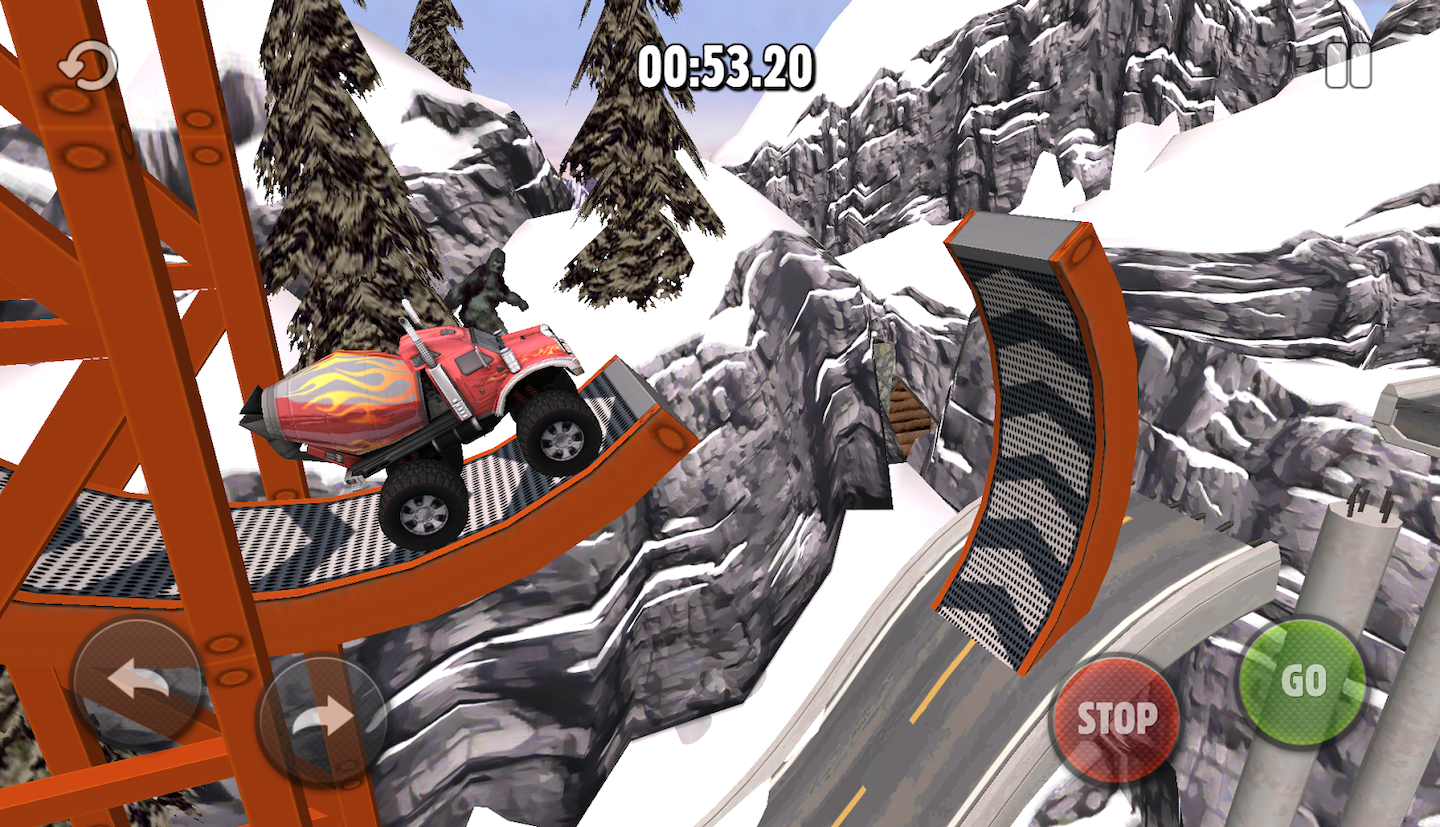 Big news from Hanley Wood Exhibitions, the show runner for the World of Concrete trade show has released its first game for the iPhone, iPad and Android devices called “Rig Racin’.”

The game puts players in control of a tricked out cement mixer truck and tasks them with navigating challenging obstacle courses with the goals of picking up cement bags and delivering their cement load as quickly as possible.

Controls are pretty simple with “Stop” and “Go” buttons to brake and accelerate the truck. And when the truck goes airborne, which is often, players can control the rotation of the truck with left and right arrow buttons.

For collecting cement bags and completing the courses, you’re awarded stars in a fashion similar to Angry Birds. As you progress, you earn cash and can buy new themes for different mixer trucks.

The game is a lot of fun and is definitely something World of Concrete can be proud of, especially considering it’s their first try. Plus, it’s free.

The game was developed by Soap, a renowned mobile game developer named to Inc.’s “Fastest Growing Companies in America” in 2013. You can watch a video of the game in action below and download from the Apple App Store here or the Google Play Store for Android devices here.